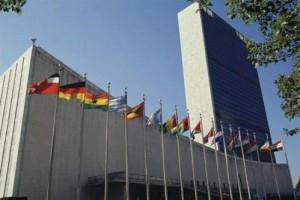 The Congress of North American Bosniaks (CNAB) supports the British initiative to draft a United Nations Security Council resolution, commemorating the 20th anniversary of the Srebrenica Genocide, the single worst atrocity in Europe since World War II. After the fall of Bosnian town of Srebrenica, a Dutch-mandated UN safe haven on July 11, 1995, Serb forces, commanded by General Ratko Mladic, executed more than 8,372 Bosniak civilians.This event was proven at the International Court of Justice and the International Criminal Tribunal for the Former Yugoslavia (ICTY), as an act of genocide, according to the definition set by the 1948 UN Convention on Genocide, and additionally recognized as such by many governments throughout the world, including the United States Congress, the European Union, Canada and other renowned organizations. In order to have the desired impact and send a clear message to genocide deniers, the United Nations Security Council must pass the resolution confirming these facts and clearly identifying those responsible. It must also urge the Bosnian Serb leadership to recognize these facts and stop the policies of genocide denial and their ongoing efforts against the sovereignty and integrity of Bosnia and Herzegovina.

Truth and justice are the only way forward in order to achieve lasting peace, stability, and reconciliation. As with Germany after World War II, Serbia and the Serbs in Bosnia must come to grips with reality, that horrific crimes were committed in their name in pursuit of a greater Serbia. The results of this aggression and genocide are still evident today in the form of the Republika Srpska entity, its leadership, and their discriminatory policies toward non-Serb citizens, namely Bosniaks. Furthermore, we are concerned by the reaction of the leadership of Serbia and the entity Republika Srpska in which they question the motives of this resolution, and call it politicization of Srebrenica. These types of troubling statements indicate that Serbia and the Serb leadership in Bosnia are far from doing what is necessary to reassure the international community that they are committed to peace and stability in the region, and to Bosnia and Herzegovina as a fully independent, sovereign, and unified country. In fact, we are concerned that Serbian leaders are still actively pursuing the same ideology that led to the violent breakup of Yugoslavia and the genocide against the Bosniak people.

We urge the drafters to remain committed to the truth and not allow outside pressures to impact the language of the resolution that would soften the responsibility of Serbia and the Bosnian Serb leadership, and the impact that genocide denial has on the future of Bosnia and Herzegovina. It is time for the United Nations, to clearly recognize the Srebrenica genocide and urge those responsible be brought to justice, and publicly denounce all genocide deniers.