Skip to Content
Home English Genocide at Srebrenica: We Must Unmask the New Deniers 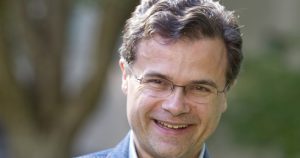 Imagine entering “Auschwitz” into an online search engine and finding on the first page of results a site claiming that the gas chambers were a myth. Imagine the confusion of a schoolchild doing a history project if they were to do the same.

Fortunately the thought-experiment is unnecessary. Yes, there are hateful websites like that; but scholarship, testimony and the valiant efforts of bodies like the Holocaust Educational Trust confine the deniers to the fringe.

The same is sadly not true of a more recent genocide. The massacre of 8,000 Bosnian Muslims at Srebrenica in July 1995 stands as the worst single atrocity in postwar Europe. Among the events to mark the 20th anniversary will be an international conference at Royal Holloway College, where I’ll be speaking. Preparing for it, and knowing what I’d find, I googled “Srebrenica”. I found immediately an article by Stephen Karganovic, from the Srebrenica Historical Project. The group is financed by the rump Republika Srpska in Bosnia; its currency is falsehood. The stuff these people put out argues the numbers of victims at Srebrenica have been exaggerated by western journalists, and that these were in any event combat deaths. If you stumble across this material it may seem plausible. In fact it’s the same argument, using the same techniques, as Holocaust denial. It’s xenophobic fakery. It retails minor details shorn of context as if they were substantive, it libels the victims, and above all it lies.

One characteristic of Srebrenica denial is an even more blatant fraud than Holocaust denial. For in the case of Srebrenica, the bodies have been found. The Bosnian Serb authorities never intended they would be. These remains were scattered in mass graves among five large burial sites across north-eastern Bosnia. The massacre was a crime designed to destroy the Muslim population in Srebrenica by killing every man and boy. And then the victims would vanish.

Scientists from a remarkable NGO, the International Commission on Missing Persons (ICMP), have located and exhumed the remains, and used DNA analysis to identify the victims. Their heroic efforts have exposed the depravity of the crime and provided some measure of closure for the victims’ families. The ICMP have recovered the remains of around 7,000 victims. In a letter to me, they estimate the total number of victims as between 7,980 and 8,030.

Jewish campaigners immediately recognised in 1992 what was happening in the former Yugoslavia and appealed to the conscience of the world. Bosnia was no intractable civil war: it was a campaign of genocidal aggression launched by the Serb leader, Slobodan Milosevic. Elie Wiesel interrupted his own speech at the opening of the Holocaust Museum in Washington to implore President Clinton to protect Bosnian civilians.

Tragically, it wasn’t enough. The least we can do is ensure that the victims’ stories are told. Those who traduce their memory by denying their very existence are obscure but their propaganda spreads. Some, like the American blogger Pamela Geller and her associate Robert Spencer, are unlettered nativist demagogues. Others, like Edward Herman (a co-author of political polemics with the linguist Noam Chomsky), are purported radicals who preposterously count Milosevic an anti-imperialist hero. It’s a tiny price, but I’ve accumulated more than a decade’s worth of abusive emails, complaints and threats (including one magnificently incompetent libel writ) from the denialists. Exposing their cause is my minuscule contribution to commemorating the victims of genocide. “Never again” must mean it, this time.