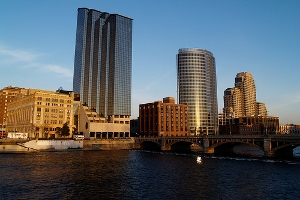 Cities of Grand Rapids, Michigan and Kentwood, Michigan proclaimed May 31, 2015 as White Armband Day. City of Grand Rapids’ Mayor George Heartwell issued the proclamation. Kentwood Mayor,  Stephen Kepley, presented the proclamation to the Bosnian Cultural Center with many in attendance. The Proclamations among other things state that there are around 10,000 Bosniaks living in Grand Rapids, mainly victims of genocide against Bosnian Muslims in previous war (1992-1995). Since 2005, Grand Rapids supported and adopted the annual Srebrenica Remembrance Day and Bosnia and Herzegovina Tribute proclamations. Grand Rapids is home to a large number of Bosnian Americans. Congress of North American Bosniaks welcomes the news of this proclamation and thank the Mayor George K. Heartwell and City of Grand Rapids for this honor. Earlier in the week, the State of Michigan Representatives adopted the House Resolution HR 96 of 2015, proclaiming May 31, 2015 as White Armband Day in the State of Michigan. 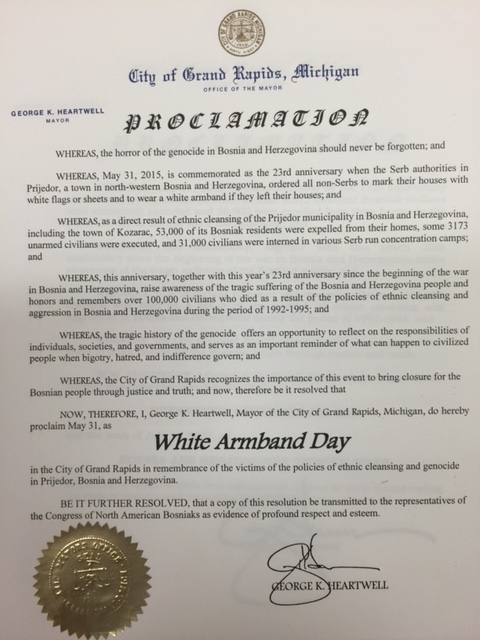 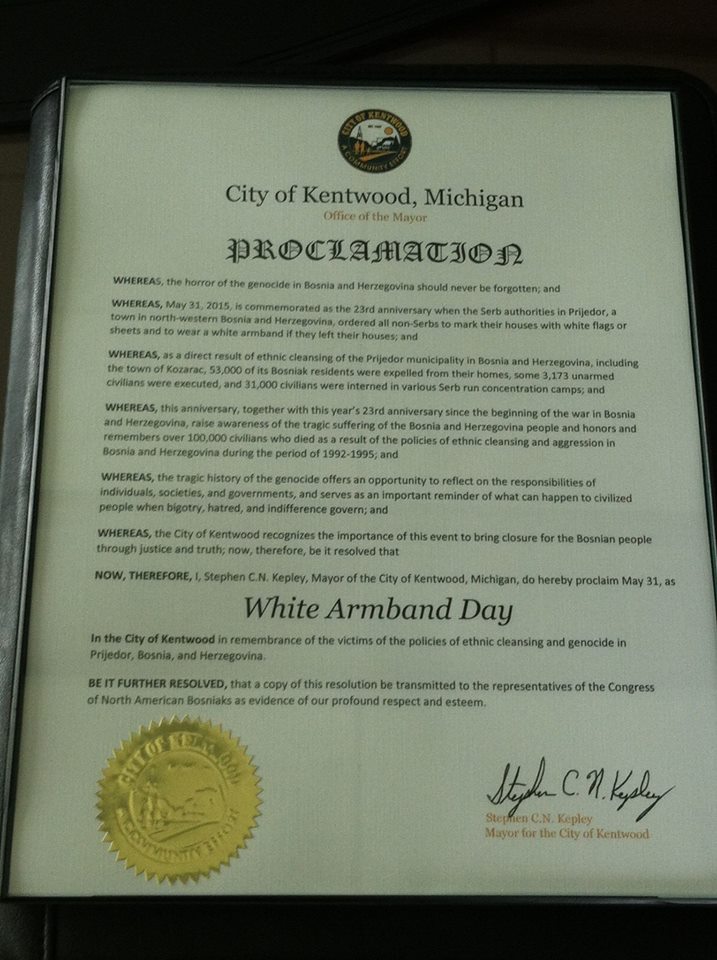