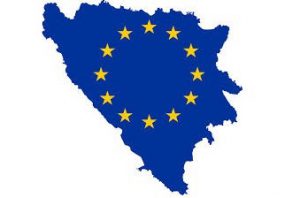 The Congress of North American Bosniaks (CNAB) supports the decision of the Ministers of Foreign Affairs of the 28 member nations of the European Union, which approved the Stabilization and Association Agreement (SAA) for Bosnia and Herzegovina (BiH) during today’s session in Brussels.  On behalf of Bosniaks in the United States (US) and Canada, we thank all members of the European Union who approved the Agreement and in particular Federica Mogherini,  High Representative of the European Union for Foreign Affairs and Security Policy, for her recommendation on a formal agreement when it comes to the future of Bosnia and Herzegovina.

Reforms in BiH should have been implemented in 2008, when our homeland was headed towards this path. They are necessary for BiH to fulfill its destiny and become a modern, functional, and prosperous country, with institutions, laws, and regulations worthy of the EU.  Without stability in BiH and the wider region, our fellow citizens will not have hope for a better future and will continue to be undermined by corruption, unemployment, and general hopelessness.  This is particularly harmful to younger generations who want to contribute to a modern European society.

Bosnia and Herzegovina can make significant contributions to the European Union with its rich cultural heritage, natural resources, and highly educated workforce. We believe that the EU will provide better economic security and long-term political stability. We are aware that the path of Euro-Atlantic integration requires a lot of effort and compromise, but we believe that they are essential for our country to take its rightful place in Europe and in the world.

Expressing the opinions of American and Canadian Bosniaks, we ask all political representatives and institutions of Bosnia and Herzegovina not to miss this historic opportunity, to take responsibility for reforms and all necessary steps towards stabilization and integration into the European Union, which we consider in the national interest of not only Bosniaks, but also all citizens of Bosnia and Herzegovina.