Skip to Content
Home English Open letter of support and appreciation to member of the Canadian Parliament Hon. Brian Masse 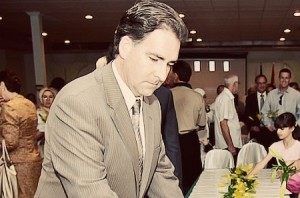 We are writing to you on behalf of the Congress of North American Bosniaks (CNAB), an umbrella organization representing Bosniaks in the United States and Canada, many of whom are survivors of genocide and victims of ethnic cleansing that occurred during the military aggression on the Republic of Bosnia and Herzegovina from 1992 – 1995.

As an organization whose primary mission is to preserve the truth about genocide and to promote peace and justice for Bosnia and Herzegovina, we want to give you our full support and thank you for introducing the Resolution on genocide in Srebrenica and Bosnia and Herzegovina which was adopted in the Canadian Parliament. Moreover, we appreciate you representing the International Expert Team of the Institute for Research Genocide, Canada at the opening of Canadian National Museum of Human Rights in Winnipeg from Sept. 20th to Sept. 22nd 2014. Without this resolution there would not be a permanent exhibition in the Canadian National Museum of Human Rights in Winnipeg to remember the genocide in Srebrenica.

Finally, we thank you for  your letter of support sent to professor Emir Ramic, Director of the Institute for Research of Genocide Canada after the opening of the Canadian National Museum for Human Rights in which you write: “Dear Emir Ramic we missed you today, but we thought of you often, you made a difference, the exhibit is now the focus point, the motion created the opportunity to now educate and state the injustice and how our country relates”. Thank you.

We applaud your efforts to promote peace and justice in the world and a better future for Bosnia-Herzegovina and its citizens.

On behalf of the CNAB Board of Directors,