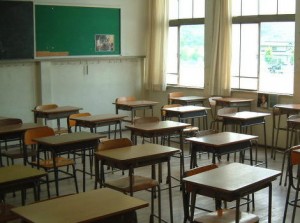 Regarding distortions and violations of basic human rights and freedoms of Bosniak children in primary and secondary schools in the smaller entity of Bosnia and Herzegovina, we issue the following:

Knowing the fact that Bosnia and Herzegovina is a signatory of the Convention for the Rights of the Child, which was adopted on November, 20th 1989 at the UN General Assembly which guarantees the right to free education, free practice of religion and the study of their own culture and traditions, the Institute for Research of Genocide in Canada and the Congress of North American Bosniaks strongly condemn the behavior of the political establishment in the RS entity which prevents the Bosniak children from getting an education on Bosnian language and preventing their rights to study Bosniak national and cultural identity.

We fully support absolutely justified demands of student’s parents from:  Kotor Varos, Konjevic Polje near Bratunac, Vrbanjici and Kravice who protest with dignity, demanding their basic human rights and freedom in their own country.

Specifically, the process of discrimination in these returnee areas- areas where genocide has taken place against Bosniak people was continued through the school system.

All these facts are proof that the basic human rights of the school system were directly violated as well as the Law on Primary Education in RS and the Framework Agreement on Education Act from the year of 2002 passed on the country’s level, which guarantees that there cannot be any discrimination in primary and secondary education in the whole Bosnian territory.

How is it that only in the mainly Bosniak returnee areas, in a smaller entity, the conditions in the schools attended by Bosnian children there is no drinking water with not even a minimum sanitary conditions for classes?

The answer to this question is simple and straight forward, Bosniak children as well as their parents are not welcomed to their centuries-old homes, they are again banished through the system of apartheid in the entity of Republika Srpska.

We believe that children in all countries of the world, regardless of their ethnic, cultural and religious distinctiveness, should be entitled to unrestricted development and Educational Progress.  On behalf of the victims of the aggression against the Republic of Bosnia and Herzegovina and genocide against its people, the Congress of North American Bosniaks and the Institute for Research of Genocide Canada, will invite all the political, academic and cultural organizations and communities in the U.S. and Canada, as well as fully American and Canadian public opinion to stand up in defense of a fully legitimate demands of parents and students in the RS, where daily violation of human rights of all those who were not Serbs, clearly and unequivocally oppose continuing aggression against the state of Bosnia and Herzegovina and genocide against the Bosniak people, this time by other means.

In particular, we will inform the U.S. and Canadian Institutions and Organizations for the protection of human rights and freedoms, and ask them to stand in the way of endeavor which prevents the Bosniaks in their own country from enjoying the rights and freedoms that belong to them.

It is unacceptable that the international community once again tolerates the violation of rights and freedoms of the Bosniaks and Bosniak children in the smaller entity, whose foundations are based on the genocide against Bosniak people.

Once again we call on all the international representatives that within their areas try to influence institutions in the entity of Republika Srpska to consistently implement the legislation in the field of education and respect the declarations, agreements, laws and international laws on human rights, non-discrimination and the rights of children to get an education and the use of their mother tongue in educational institutions and teaching process.