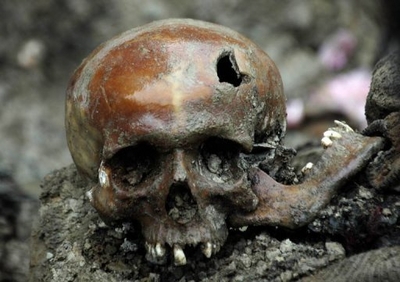 View in PDF  Today’s historic ruling by the Netherlands’ Supreme Court is a major step towards justice for Srebrenica genocide victims and their families.  The case was brought forward by Hasan Nuhanovic, an interpreter who lost his brother and father, and relatives of Rizo Mustafic, an electrician who was killed. These men were among thousands who sought refuge in the UN compound at Potocari, but were instead turned over by Dutch troops to the Serbs who were already executing mass murders of Bosniak civilians in what would become known and internationally recognized as the Srebrenica genocide. During the genocide, the Bosnian Serbs and the Serbian army executed more than 8,372 civilians, separating out men and boys as thousands were refused safety by the United Nations troops. The judge ruled that the Dutch troops are liable for failing to protect these civilians and must pay compensation to the victims’ families.

This ruling is significant because it recognizes the responsibility and the blame that the Dutch troops had in failing to protect Bosniak civilians, and moreover, it proves that they turned them over to the Serbs in full knowledge that they would most likely be executed. The case sets a righteous precedent whereby all victims’ families can seek compensation for the deaths of their loved ones, which will provide them with a small piece of justice and may help them rebuild their lives and homes in eastern Bosnia.  It is also important because the ruling sends a message to all countries participating in UN peacekeeping mission that they are accountable and can be held liable for failure to protect civilians. Previously, the Dutch government resigned in 2002 after the National War Documentation Institute blamed the debacle on Dutch authorities and the UN for sending underarmed and underprepared forces into the mission and refusing to answer the commanders’ call for air support.

The Congress of North American Bosniaks and the Institute for Genocide Research Canada encourages all genocide victims to seek legal action against, not only the Dutch government, but also the United Nations for knowingly failing to protect the civilians of the UN protected zones in Srebrenica and Zepa.  The government of Bosnia and Herzegovina must also leverage this ruling to seek further justice and liability damages in the international courts.

On behalf of Bosniaks in the U.S. and Canada, and victims of the Bosnian genocide,