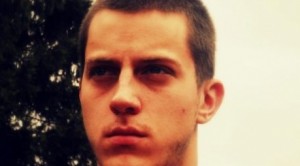 It is the beginning of September and the start of a new academic year in schools throughout Bosnia and Herzegovina. In the entity of Republika Srpska (RS), one of two administrative units set out by the Dayton Peace Agreement, the summer break might last a bit longer for children who belong to minority returnee communities.

After genocide and war crimes that took place from 1992-1995, the ethnic structure of Bosnia and Herzegovina has significantly changed. Today, non-Serb ethnic communities (Bosniaks, Roma, Croats) comprise around 10 percent of the population in the RS. There has been a significant return by non-Serb ethnic communities to the suburbs and rural areas not only in the municipalities of Doboj, Prijedor, Banja Luka, Bijeljina and in the towns of Srebrenica, Bratunac and Zvornik, but also in entity borderline municipalities such as Jezero, Osmaci, Vukosavlje and Novo Goražde. But despite the fact that Bosniak, Croat and Serb ethnic communities are constitutionally equal, their rights are more or less determined by their numbers. Thus in practice, when someone belongs to the minority, he or she becomes a second-class citizen. The level of political representation of Bosniak and Croat communities in the RS remains low, with the exception of Srebrenica and Vukosavlje, the only municipalities in RS with non-Serb mayors.

In order to raise voter turnout and thus increase the political influence of underrepresented communities in the RS, a coalition of over 40 returnee organizations, “Prvi Mart” (March First), was formed. They are hoping to mobilize returnees and refugees for the general elections in 2014. While it is estimated that there are at least 300,000 individuals who are refugees from the present-day RS territory and continue to live abroad today, less than 15,000 voted in the last general elections in 2010 (via mail or through embassies and consulates).

Overall turnout and support for refugee/returnee political parties in the RS decreased to only a third of the support given during the first post-war elections in 1996, mostly due to lost connections between internally displaced persons who live in the federation today, but also because of the lack of interest from the diaspora. However, despite this and the political fragmentation of Bosniak parties, the level of joint civic non-partisan engagement has grown in the last year-and-a-half.

Meanwhile, the level of protection of civil freedoms has dropped significantly and reached a new low in the last three months with cases in the Drina River Valley. In August on the first day of Eid, the Islamic holiday celebrating the end of Ramadan, a group of Bosniaks were attacked in Zvornik, and Nezir Dardagan, the leader of the local Islamic community, suffered serious injuries and heart complications. In the same city a few days later, the doors of the house of Salih Nožinović, a returnee, were set on fire.

The atmosphere of fear

Institutional pressure from RS institutions and such incidents, when combined together, have created an atmosphere of fear, not only in the Drina River Valley but also in the Prijedor area in the western parts of the RS, where victims’ rights groups are cut off from local budget support and banned from organizing gatherings on important dates and commemorations. This is not only about civil and political freedoms but the survival of the returnee community.

The level of employment of Bosniaks remains low, an issue that was brought to the forefront via the media when Dr. Nermin Džanić, the last Bosniak doctor working in the Health Center in Srebrenica, was fired from his job last month. Last week, Srebrenica Mayor Camil Duraković received promises from the Ministry of Health that Džanić will get his job back as soon as possible. The situation has also put pressure on Bosniak representatives in the municipal council to end their coalition with Serb parties in Srebrenica.

More importantly, the case has further shaken the returnee community’s trust in the healthcare system in the RS. In fact, the majority of them use health services from nearby hospitals across entity lines, in the federation. Efforts have been undertaken by the government in the federation to draft laws that guarantee healthcare and social benefits for returnees in the RS. This legal framework should be adopted in the fall, but the problems do not stop there.

Today, more than two decades since the beginning of the war in Bosnia, a post-war generation faces similar challenges in more subtle ways. The Ministry of Education in places such as Kotor Varoš and Bratunac has not provided conditions to organize a so-called “national group of courses” covering Bosnian language, history, geography and religious education. The parents of those students who should be enrolling in elementary schools are demanding the implementation of a law guaranteeing the rights of the Bosniak community. Further, protests and the potential boycott of Bosniak students have generation discussions about the potential demand for autonomous education for Bosniak and Croat returnees.

In light of the lack of concern within the government about the RS overall, returnees are hoping that the situation on the ground will not escalate further before more progressive political forces get an opportunity in the next elections. In the meantime, the international community seems to be losing its focus on Bosnia and Herzegovina, while civil society in Sarajevo turns a blind eye to the slow but continued radicalization on the eastern borders. For returnees on the banks of the Drina River, it seems like history is repeating itself. Once again, they are on their own.

*Nedim Jahić is a project coordinator for the Youth Initiative for Human Rights in Bosnia and Herzegovina.