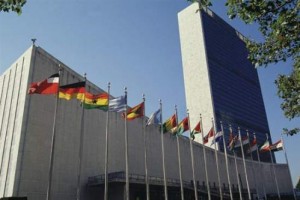 Your participation in the public debate about the role of International Criminal Courts in achieving justice and reconciliation , scheduled for April 10, 2013 at the General Assembly of the United Nations will not further and strengthen the international law, international justice, or truth.  On the contrary, it will cause further harm to efforts to protect victims and witnesses of the past and future aggressions and genocide.  This debate is scheduled at the behest and for the purpose of promoting narrow minded interests of Mr. Vuk Jeremic, and the continuation of Serbian nationalist, revisionist and expansionist agenda.

In light of the fact that, not only the International Criminal Tribunal for areas of the former Yugoslavia, but all three war crimes tribunals refused the call from Mr. Jeremic to attend the panel, and the fact that many diplomats and prominent scientific research workers refused to participate, your participation at the panel is only meant to support Mr. Jeremic’s desired outcome, which is to undermine the work of the international courts and international justice.

Mr. Jeremic’s interest in calling for such a panel is one sided, having only sent invitation to the associations of Serbian victims’ groups, while the true victims of the Serbian aggression and genocide have been provided the limited roles of observers. The goal of the panel to introduce the official document of the United Nations is something that is contrary to the decisions of the international courts, contrary to legally verifiable truth, contrary to known facts, and contrary to justice. Your participation in the de facto endorsement of Mr. Jeremić’s interest in the United Nations does direct damage to future generations, opens the door to a radical Serbian nationalism and reduces the hope that the witnesses and victims of aggression and genocide have for  justice, reconciliation, peace, and tolerance. Your participation in Jeremic’s panel is additional contribution to the humiliation imposed upon the honorable duty of the President of the General Assembly of the United Nations.

The date, April 10th, is also notoriously associated  in the former Yugoslavia with the Nazi supported Independent State of Croatia during World War II, the Ustasha fascist government in Croatia during this period.  As such, this choice of date can only be seen as another attempt by Mr. Jeremic to re-open old wounds and send a political, pro-Serbian message using the United Nations as his platform.

Professor Emir Ramic
Chairmen of the Institute for Research of Genocide, Canada