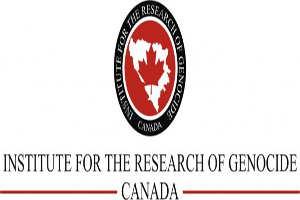 The Serbian war song and military march known as “March on Drina River”, written by Stanislav Binicki arose after the initial success of the Serbian army in the first year of World War I during the battles against the Austro-Hungarian Army.  On 14 September 1914 the Serbian Army, in cooperation with the Montenegrin forces launched an offensive across the Drina River to Sarajevo, Vlasenica and southeastern Bosnia, where they committed the atrocities against Bosniaks.

The March on Drina River and the military victory of Kingdom of Serbia on the Balkan front has become a lasting symbol of remembrance for the Serbian people; this fact in itself is not the problem. The problem is based on the fact that the march eventually became a much more complex and sinister symbol just as the river Drina, in the context of relations between Serbia and Bosnia and Herzegovina is not a mere geographical term. As the expansion of the Serbian state west of the Drina River became a fundamental and strategic goal for Serbian conquest ideology, policy and practice in the early nineteenth century, the song “March on Drina River” became a favorite and mandatory tune of Serbian nationalists in the military and other armed formations after World War I. These Serbian nationalists took part in the realization of the Serbian nationalist ideologies, policies and practices in the periods when the ideological attainment was only possible by military means. Thus the song, inter alia, for the Bosniaks became a clear and unambiguous symbol of crimes of genocide committed against them by the Serbian armed formations, particularly in the Drina valley in both World War II and during the aggression against Bosnia and Herzegovina in 1992-1995.

Therefore, we find the performance of “March on Drina River” – initiated by the Serbian diplomat Vuk Jeremic and performed in the United Nations – completely outrageous. UN is where the Convention on the Prevention and Punishment of the Crime of Genocide was adopted and putting on the contentious composition symbolizes suffering and genocide for Bosniaks.  Lastly, the International Court of Justice found that the representatives of Serbia are responsible for failing to prevent genocide, which the Serbian forces in the Drina Valley committed to the sound of “March of Drina River” at the end of the twentieth century.

We, the Members of the International Expert Team of the Institute for Research of Genocide –Canada trust you will sanction those responsible for this gross insult and put in place mechanisms that will prevent future incidences that severely inflict injury and emotional pain to victims of genocide in the United Nations.

Your Excellency, please accept the assurances of our highest consideration and personal regards.

Signatories – Members of the International Expert Team of the Institute for Research of Genocide, Canada

General Agent for the Republic of Bosnia and Herzegovina before the

International Court of Justice with Extraordinary and Plenipotentiary Powers

Director of the Institute for Research of Genocide, Canada