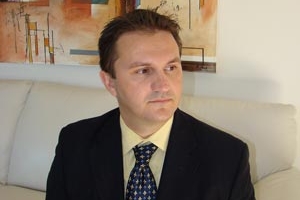 In his book “Notes from prison, 1983–1988,”Alija Izetbegović pondered how “Realists object that what we say or think about man is excessive idealism rather than the truth. Yes, it is possible that we do not speak of men, but rather of our desires, not of what man is, but what he should be. That may be true. But, despite all, this beautiful dream of what man is like is what makes us human. If we ever cast away this idea as an illusion or a folly, in the name of “truth” or “reality,” everything that makes our life bearable will disappear and we will become definitively prepared for all the evils and atrocities that humanity is prone to. Unfortunately, many of them initiated in the name of the “truth” that man does not exist, are already implemented in large parts of our planet.” [1]

As if predicting the atrocities that will take place in his homeland soon after he is released from prison, the future President of Bosnia and Herzegovina (Bosnia), Izetbegović, wrote about humankind, and in this particular paragraph of the book offered a dismal view of the humanity.  Bosnia and Bosnia’s largest population, Bosniaks, survived some of the worst atrocities, and paid their freedom with a heavy toll, in blood, with over 100,000 of innocent lives lost during the early nineties, in the war that took place in Bosnia.  However, a fight for justice and truth remains an elusive dream for many Bosnian citizens.  The negative campaign by Serbian nationalists continues. There is a constant attempt to revise and rewrite history and to reclassify events that took place in the early nineties in the Balkans.  This struggle continues today, many years after Mr. Izetbegović passed away and the legacy of the Dayton agreement in Bosnia. Some of the issues Bosniaks are constantly facing can be attributed to an obvious lack of cohesiveness in dealing with the issue of Bosniak national identity, a lack of a common political platform by Bosniaks, and a lack of a common foreign policy approach and networking by Bosniaks.  Obviously Serbian investment in lobbying is beginning to pay off heavy dividends, ones that can have long term negative consequences for Bosnia’s future.[2]

The recent onslaught of negative media coverage and despondent writings about Bosnia are a part of a continuous attempt to portray Bosnia as a failed state, and Bosnia’s sovereignty as impractical, and to rewrite history on the Bosnian independence. Furthermore, articles attempt to deny the genocide, the war, and the aggression that occurred in Bosnia mainly conducted by its neighbors from the east, Serbia and Montenegro (one should not forget a very negative role the smaller neighbor south of Serbia played during the war in Bosnia).  Recent articles coincide with articles written on the subject of Bosnia by Serbian nationalist propagandists such as Srđa Trifković, who on August 5, 2012 wrote an article about The Uncertain Future of Bosnia published by Serbianna (Serbian ultranationalists’ web site). Mr. Trifković offers various grizzly scenarios for Bosnia’s future that as he puts it “can develop among the discordant nations in Bosnia in the decade to come: new civil war, Creeping disintegration, breakup of territory, union of three republics.”[3] Another Serbian propagandist, Julia Gorin in her article for The Algemianer, defends Serbian war criminal recently arrested in Israel, and asks Israeli government not to send him to face war crimes tribunal in Bosnia for war crimes he committed in Bosnia.[4]  It is worth reviewing some of the most recent articles published by respected media to put this whole new media offensive on Bosnia into some perspective.

On August 30, 2012, Michael Haltzel published an article in the Washington Post in which he claimed that “democracy in Bosnia and Herzegovina, once considered a rare transatlantic success story, is in danger of unraveling.”[5] Earlier on August 20, 2012, Gordon Bardos wrote an op-ed at the Jerusalem Post entitled The Balkans: Militant Islamism’s new front.  In a dramatic manner, using a broad stroke approach and the idea of guilt by indirect association, he invents a connection between the former president Izetbegovic and Reis Ceric to terrorist masterminds.  The author paints a dire and dark picture about the threat of radical Islamists emanating from Balkans, as a looming threat to the rest of the world and posits an alleged link between terrorists and Bosnia.[6]

In order to provide an objective and somber assessment of the terrorist threats to the world Dr. Marko Attila Hoare, an expert on the history of the former Yugoslavia, and an author of the four books on Bosnia and Bosniaks, wrote “we need objective, scholarly analyses of the activities of Wahhabites and other radical Muslims in the Balkans if we are to understand and confront the problem. Unfortunately, this will not happen so long as writers simply use the issue to make propaganda to fight Balkan wars that, ultimately, have little to do with radical Islam” (p. 70).[7] One needs to investigate further to better understand the baleful nature of Mr. Bardos’ writing. Just because the statement states that a writer is a Balkan politics and security specialist based in New York, it does not make it necessarily so.

One needs not to look too far back in the history to discern the true intentions of Mr. Bardos’ extremely destructive view of one group of people in the Balkans, Bosniaks.  Mr. Bardos was engaged by Columbia University’s Harriman Institute of Russian, Eurasian, and Eastern European Studies in actions that occurred on October 25, 2011 surrounding the hosting of Milorad Dodik, the President of Republika Srpska (RS), where he gave a lecture titled “An American Foreign Policy Success Story: The Dayton Accords, Republika Srpska, and Bosnia’s European Integration.” [8] Dodik is known for his constant genocide denial and insults to the victims of genocide, and his proposed lecture at Columbia University drew a widespread condemnation from the Bosniak American community in the United States.[9]

To further insult those who view Dodik’s lecture as an affront to academic vigor and integrity, Sammy Roth of The Columbia Spectator reported that many Bosniaks or those with non-Serb sounding names were denied entry to the event after they RSVP’d to the event[10]. Accusations of discrimination and a mass outpouring of support for Bosniaks ensued.  As reported by the Advisory Council for Bosnia and Herzegovina “According to various sources, Gordon Bardos, the long time Assistant Director of the Harriman Institute resigned as a result of the incident.”[11] The recent article, referenced above, written for the Jerusalem Post, should be put in that particular context.

Another article deserving attention is the Forgotten Failure in Bosnia by John R. Schindler published at the National Interest on August 20, 2012. The author is best known for his failed attempt to portray Bosnia as the ultimate training ground for terrorists in his book Unholy Terror: Bosnia, al-Qa’ida, and the Rise of Global Jihad. In his new article on Bosnia, he professes “how dismally failed a state Bosnia and Herzegovina in 2012 is”[12]. Mr. Schindler’s writing about Bosnia should be further examined as a biased opinion.  Dr.  Hoare in his review of the Schindler book wrote that the book, Unholy Terror: Bosnia, al-Qa’ida, and the Rise of Global Jihad, which was focused strictly on Bosnia “is less a study of the role of al-Qaeda and the mujahedin in Bosnia and more a diatribe against the Bosnian Muslims and the Bosnian cause” (p. 60).[13]  This is a text which could best be classified in the historical fiction genre.

Mr. Schnidler correctly posits that dysfunctional state of Bosnia is a result of Dayton agreement and the political arrangements made after the peace agreement was signed.  He points out that corruption that eats at the society’s core and states that it is “the elites in all entities who benefit from the institutionalized criminality, while average Bosnians suffer daily amidst poverty and exclusion, all under nominal Western leadership”[14] This is true and one of the objective conclusions gleaned from the article. Certainly there are pressing issues and a constant crisis facing the Bosnian society. Bosnia lost 100,000 civilians and has over 1,000,000 Bosnian citizens (almost ¼ of its population) living in other countries due to the aggressive ethnic cleansing campaign of the Serbian Army.

The most troubling however are the recent writings of Michael Dobbs, a Fellow at the United States Holocaust Memorial Museum (USHMM) who also writes for the Foreign Policy magazine.  He recently wrote an article in which he tries to defend Serbian behavior and its reasoning for committing atrocities during the wars in the Balkans. Mr. Dobbs opined “that Croats and Muslims were given the right to secede from Yugoslavia, but Serbs did not have the right to secede from Croatia or Bosnia” and the “delicate ethnic balance sanctioned by the Great Powers after World War I and enforced by Marshal Tito (a Croat) in the four decades after World War II was upset.”[17] After a swift response from the Vice President of the Congress of North American Bosniaks (CNAB), Mr. Hamdija Čustović, and subsequent responses by Professor Emir Ramić of the Institute of the Research of Genocide, Canada (IRGC), and Dr. Marko Attila Hoare, professor of History, and others, [18] Mr. Dobbs continued with his attempt to explain evil, and suggested how explaining evil doesn’t justify it. Mr. Dobbs was shocked by the attacks from Bosniaks and promised to even “describe what was going on in Mladic’s head as he implemented his murderous campaign against the Muslims of Srebrenica”[19]

Mr. Dobbs casually glosses over the real issue of what took place in Bosnia and the Balkans.  He continues to use an incorrect figure of the number of victims of the Srebrenica genocide, reducing the well-documented number of 8,373 Srebrenica Genocide victims to a lesser figure of “7,000” Instead of focusing on the outcomes and sources of genocide in Bosnia for what he was tasked to do with his fellowship at the US Holocaust Memorial Museum, he is failing to grasp the complexity of evil by defending it. Guy B. Adams and Danny L. Balfour in their seminal book Unmasking Administrative Evil concluded  that “if the Holocaust teaches us anything, it is that individual administrators and professionals, far from resisting administrative evil, are most likely to be either helpless victims or willing accomplices” (p. 153).[20]  They further posited that “an ethical system that allows an individual to be a good administrator or professional while committing acts of evil is necessarily devoid of moral content, or perhaps better, morally perverse (Adams and Balfour, p. 153). Furthermore, Benjamin Netanyahu, in his September 20, 2001 speech to the US House of Representatives’ Government Reform Committee stated that the Allies, post World War II, did not look for “the “root cause” of Nazism – because they knew that some acts are evil in and of themselves, and do not deserve any consideration or “understanding.” They did not ask if Hitler was right about the alleged wrong done to Germany at Versailles.[21]”  Let not these points be lost on Dobbs’ attempt to explain the moral dilemma posed by Mladić, Milošević and Karadžić, and other Serbian war criminals in their thinking and moral dilemmas of how to best execute their “Greater Serbia” plans.

Hopefully this serves as a wake up call to respectable media outlets and scholars to take the time to study facts and sources so as to avoid bias that damages history. I also like to hope that Bosniaks will take the time to study and analyze all the recent writings and provide a unified response to the attempts to minimize the success of Bosnia and Herzegovina, minimize the reality of the suffering of the Bosniak victims, rewrite history, and tacitly demonize Bosniaks. They need to be prepared to answer and counterattack untruths, half-truths and not wait for others to defend them in writing.  Now is the time for moral clarity and unity among Bosniaks.