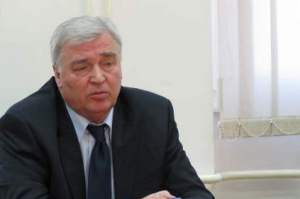 At the initiative of the Institute for Research of Genocide Canada and on behalf of the survivors and witnesses of the genocide and aggression against the Republic of Bosnia and Herzegovina, we are strongly against the decision of the Council of the International League of Humanists, which granted the mayor of Prijedor Marko Pavic a golden plaque with the badge for alleged achievements in the work and development of local government in accordance with the European Charter of Local Self-Government.

This year, Marko Pavic banned a public commemoration of the 20th anniversary of the beginning of the crime of aggression and genocide because the organizers decided call the atrocities that occurred in Prijedor by its rightful name, ‘genocide’. He also ordered the Prijedor police to file criminal charges against the organizers of the peaceful procession. This is an example of continued genocide in Prijedor by other means. Pavic continues to systematically terrorized Bosniaks and Croats currently living in Prijedor, treating them as second-class citizens.

Marko Pavic continues to publicly humiliate organizations who represent victims and witnesses of genocide. In the past, he has deliberately organized events that target and spread fear among the families of those killed or missing in Prijedor. Simultaneously Prijedor war criminals walk freely taking positions in the local government.

Marko Pavic continues to grant permission to fascist groups to hold rallies publicly; all groups against whom Prijedor and all anti-fascists fought in the Second World War. At the same time he is denying victims the right to memory, truth and justice.

In addition, Marko Pavic continues to ignore the requirements of the international community that made it clear that discrimination on ethnic or religious grounds shall be stopped, that the truth about the genocide must be admitted, the criminals must satisfy the judge and justice, and that the suffering of all victims in Prijedor must be marked equally, regardless of their ethnicity.

These and many other of Pavić’s attacks against basic human rights and freedoms that run counter to the Constitution of Bosnia and Herzegovina and the European Human Rights Convention are destroying the reputation of Prijedor, attacking the basic foundations of modern democracy, and violating the basic guidelines of the European Charter of Local government. Yet the award you have granted him is on the basis of a framework he continues to violate. You have given recognition to a person who does not deserve it.

No one has the right to prohibit the memory of genocide to victims of the crime. The use of the word genocide is not prohibited by any law in force in the Republika Srpska and Bosnia and Herzegovina. Thus the criminal charges that have been laid as a result of the use of the word ‘genocide’ have no legal basis.

The mayor of Prijedor Marko Pavic in peace continues what the war criminals started during the war. He is a fake Democrat who does not accept and does not respect the victims that suffered at the hands of the Serbs. Pavic is a representative of the idea and politics of a greater Serbia. Granting him recognition, on behalf of the International League of Humanists, means –  void every humanistic endeavor in our state of Bosnia and Herzegovina.

So on behalf of survivors and witnesses of genocide, we ask you to withdraw your shameful, unjust and harmful decision because rewarding genocide deniers encourages the ongoing genocide in this beautiful city c with the blessing of your cherished organization.

We hope that your esteemed organization will take our arguments with great seriousness and that you will in the name of preserving the reputation of your organization, and especially on behalf of the marginalized victims of aggression and genocide withdraw your decision.

The Institute for Research of Genocide, Canada

President of the Bosniak Academy of Arts and Sciences

Association of Detainees of Prijedor 92

Members of the Guardians of Omarska