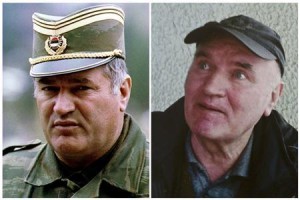 Peter Cluskey of The Irish Times wrote an article today regarding one of the judges who was assigned to the trial chamber at the ICTY past week in the Ratko Mladic trial for genocide and other war crimes . The article refers to Judge Christoph Flügge whose comments in July of 2009 sparked a controversy regarding his views of the Srebrenica Genocide and what constitutes genocide.

“Judge Christoph Flügge was hearing the case of former Bosnian Serb president Radovan Karadzic in The Hague in 2009, when he told Der Spiegel magazine that “mass murder” was a more suitable term for the killing of 8,000 men and boys in the UN safe haven in July 1995.

The judge, a former public prosecutor in Berlin, maintained in the interview that there was no reason to differentiate between “a group that is murdered for their nationality, religion, ethnicity or race, as is regulated by the Hague Statute” and a group that “happens to be gathered at a specific location”. (IrishTimes.com)

The article also referenced a CNAB letter in which we requested removal of Judge Flügge from the Karadzic case due to his impartiality to the case, because the killing of 8,000 Bosniak civilians in Srebrenica was on several previous occasions classified as genocide by the same court (ICTY) that he serves, including ICJ ruling against Serbia and Montenegro.

The judge’s comments led at the time to demands by relatives of the Srebrenica victims for his removal from the trial, with the Congress of North American Bosniaks (CNAB) describing his comments as “genocide denial” which rendered his impartiality impossible.

CNAB demanded an apology and asked the International Criminal Tribunal for the former Yugoslavia (ICTY) to remove the judge, not only from the Karadzic trial but from “any case dealing specifically with charges of genocide”. (IrishTimes.com)

CNAB will protest the assignment of Judge Flügge once again due to his compromised impartiality as well as his refusal to apologize for the comments and publicly recognize the classification of Srebrenica Genocide.