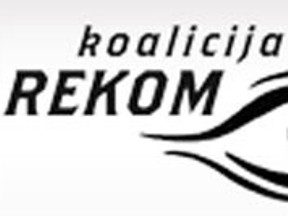 The Congress of North American Bosniaks (CNAB), an umbrella organization of all American and Canadian Bosniaks, in collaboration with Institute for the Research of Genocide Canada (IRGC), Bosnian American Genocide Institute and Education Center (BAGI) and Australian Council of BiH Organizations (ACBHO) are supportive of the initiatives that bring forth a comprehensive study about the severity of the crimes committed in the Balkans as a result of Serbian aggression, which includes those that took place in Bosnia and Herzegovina’s neighboring countries. However, all four organizations are of the view that it is imperative to prevent equating of the aggressors and the victims of genocide. For this reason, we believe that all the research should be conducted under the protocol of standard scientific and academic methods taking into consideration the official results of the preceding research done so far on war crimes, genocide and tribunal rulings in this area. CNAB. in collaboration with both institutes in North America as well as with the Australian Council of BiH Organizations (ACBHO) support all projects based strictly on the results of academic research.

At the end of the 20th century Bosniaks have once again undergone genocide due to their religious and national belonging. According to the great-Serbian plan, genocide was intended to exterminate Bosniaks as a nation and as a religious group in order to create an ethnically pure Serbian nation. Being involved in the research of genocide and other forms of crimes both against humanity and against international laws, the above-mentioned institutions raise their voices against genocide and war crimes.

Present and future generations from all previous crimes of genocide must, in the interest of the future of the modern world and civilization, draw a historical lesson about the need to strengthen, develop and unite all progressive forces, regardless of national, ethnic, racial, religious, ideological or political affiliation and commit to the strategy of prevention and punishment of crimes of genocide.

The Congress of North American Bosniaks (CNAB), Institute for the Research of Genocide Canada (IRGC), Australian Council of BiH Organizations (ACBHO) and Bosnian American Genocide Institute and Education Center (BAGI) deem that the initiative for proclaiming Regional Commission for the Establishment of Facts about war crimes and other grave violations of human rights in the region of former Yugoslavia should take into consideration all existing academic research based on the crimes done under the aggression of the republic of Bosnia and Herzegovina and crimes of genocide against the Bosniak people. We also believe that all verdicts of the International Criminal Tribunal for the former Yugoslavia and the International Court of Justice relating to the crimes in the former Yugoslavia should be accepted and recognized, and insist that the Prosecutor’s Office in BiH processes all war crimes.