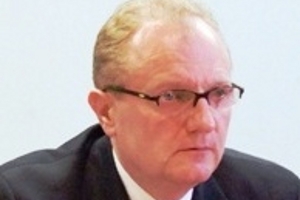 Institute for Genocide Research Canada (IRGC) is pleased to inform the public that a well known genocide denier and anti-Muslim campaigner, Srdja Trifkovic, has been denied entry to Canada. As a result he was unable to give a planned lecture at the University of British Columbia in Vancouver. This is a welcome outcome that can be attributed to a determined and successful campaign by the Canadian and American Bosniak community.

IRGC would like to thank and congratulate the Canadian immigration authorities for a job well done in barring Trifkovic from entering Canada to engage in hate speech activities. This is a monumental step in Canadian democracy to protect its ethnic and religious minorities from dangerous implications of hate speech and genocide denial.

On behalf of the many victims of the crime of aggression on Bosnia and Herzegovina and the Bosnian genocide, the IRGC would like to thank the Congress of North American Bosniaks, the Institute for International Law and Research of Crimes against Humanity, University of Sarajevo, the Islamic Community of Bosniaks of Canada, the Bosnian American Genocide Institute & Education Center, Bosnian Academic Forum and many other organizations and the community as a whole for their outstanding support and dedicated lobbying for truth and justice. Special thanks to members of the IRGC team of experts and the many academics and intellectuals who made a major contribution to the success of this campaign. Our particular thanks also to the media outlets for their regularly following and reporting on this case.

It is our duty as human beings to fight to prevent crimes of aggression and genocide. The truth about these crimes is not self-sustaining, instead we need to remain constantly vigilant to preserve the truth, based on scientific and historical facts universally recognized by the international courts and national governments. IRGC is committed to fighting for genocide awareness through scientific methods and research of all instances of war crimes throughout the world, not just those committed in Bosnia and Herzegovina.

IRGC continues to work tirelessly to increase awareness in Canada regarding  the magnitude of the crimes of aggression committed in Bosnia and Herzegovina and the genocide against Bosniaks that Srdja Trifkovic has constantly sought to trivialise and deny. We are convinced that the contribution of academic research and analysis to wider recognition of the nature and reality of these crimes is essential if peace and reconciliation are eventually to be achieved. It is through activities of this kind that IRGC, with the support of its many friends, of the truth concerning crimes against Bosnia and Herzegovina and its peoples, was able to prepare the ground for the adoption by the Canadian Parliament in 2010 of the Resolution on Genocide in Bosnia and Herzegovina which proclaimed 11 July a day of commemoration for the victims of genocide in Srebrenica, Bosnia and Herzegovina. In this way, the members of the Canadian Parliament, paid tribute on behalf of the Canadian people whom they represent to the victims of the most terrible crime committed in Europe since the Second World War, the Srebrenica genocide.