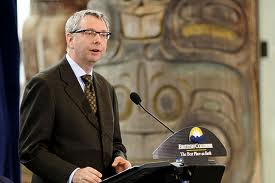 On behalf of the Congress of North American Bosniaks (CNAB), an umbrella organization representing more than 350,000 Bosniaks in the United States and Canada, I would like to express our dismay at the news that a well known genocide denier Srdja Trifkovic is scheduled to speak at an event organized by the Serbian Students Association at your prestigious academic institution. We hope that this decision was made by the lack of awareness about Mr. Trifkovic’s background and previous works, many of which contain repeated and open denials of the Srebrenica Genocide, an event that was, case after case, reaffirmed, by the International Court of Justice and the International Criminal Tribunal for the Former Yugoslavia, as an act of genocide according to the United Nations charter. We need not remind you of the horrific outcome of Serbian ultra-nationalists’ plan to annihilate and ethnically cleanse the Bosniak people in Bosnia and Herzegovina.

Regardless of the topic of the lecture, it would be an insult to all those who truly value human life, to provide an academic platform to someone who is an open apologist of politics of hatred and propagates further genocide denial regarding the events that occurred during the aggression on Bosnia and Herzegovina. Such an act would be comparable to allowing a holocaust denier to lecture students, knowing fully that person has abused the power of free speech and more importantly abused his/her academic privilege. In fact, such an act of genocide denial in Germany and other European countries would be punishable by law. We strongly believe that only through sincere understanding and coming to terms with the truth about the genocide can there be true reconcilement between Serbs and Bosniaks.

In the letter addressed to you on February 18, 2011, Mr. Stephen Karganovic, the president of the Srebrenica Historical Project, tried to make an argument on the basis of free speech, while simultaneously in the letter putting in the quotation marks all references to the Srebrenica genocide, and thus further propagating the mythology of genocide and holocaust denial. We support freedom of speech but with it comes great responsibility, particularly in the academic setting. After the Holocaust, the civilized world made a promise to never let such atrocities happen again, yet because of unchecked rhetoric and appeasement, the unthinkable atrocities happened again in the heart of Europe, against the Bosniak people. It is therefore of utmost importance that we increase the awareness of the dangers of genocide denial in order to prevent a genocide from happening again elsewhere in the world.

We owe it to the victims of genocide everywhere, not just in Bosnia, to honor them by performing our duties as human beings to disengage from those so called scholars who wish to poison us with conspiracy theories and hateful propaganda. Therefore, we strongly urge you to act responsibly and disallow Mr. Trifkovic from holding a lecture at your university, an institution well known internationally for academic excellence and learning. At the end of the day, it is your decision whether to allow those who deny genocide to use your university as a platform to promote their interests. We sincerely hope you will make the clearly right and moral decision to not let that happen.

Haris Alibasic, MPA
President of the CNAB Board of Directors