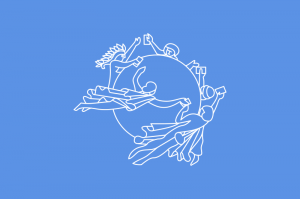 Representing the interests of more than 350,000 North American Bosniaks, CNAB and IRGC are informing the public that the distribution of International Mail Processing Center (IMPC) Code to the Republika Srpska (RS) entity is a direct violation of the Annex 9 of the Dayton agreement, interference with the political situation, and the sabotage of internal order of the sovereign and independent state of Bosnia and Herzegovina.

In early January, the Universal Postal Union (UPU) awarded the administration for postal services in RS their own IMPC code. This code means that the RS post offices are registered in international postal traffic as an independent operator who can enter into international agreements with other operators and to transfer mail independently of the Postal Service of Bosnia and Herzegovina (BH Post).

We believe that the application and distribution of the code is yet another fait accompli destructive attack on the single Bosnian state and its social fabric, which was not destroyed in the aggression and genocide, or in Dayton, but is under constant threat of destruction to the present day.

In addition to compromising the sovereignty, integrity and international recognition of the State of BiH, this procedure constitutes a violation of the IMPC principles of the Universal Postal Union: one country code per state and all IMPC codes and the operator codes following the IMPC country code have in themselves the official International country code prefix of the country in which they are operating.

The IMPC standard – one country code has been violated in the first case of Kosovo, which was a basis for Kosovo’s secession. NATO troops have previously been awarded this by explaining that this is necessary due to shipments of NATO, but with the prefix BA, which is in accordance with the standards and respect for the sovereignty of Bosnia and Herzegovina.

Now RS has its own code but not in the state of BiH under the authorized operator country code BA, according to Annex 9 of the Dayton agreement, but outside of realm of BiH. Another fait accompli aggressive attack aimed at destruction of the state of Bosnia and Herzegovina.

In 2007 and 2008, CNAB had filed a strong complaint regarding attempts at destruction of Bosnia and Herzegovina through the continuing projection of the RS as an independent international factor through The Universal Postal Union, using the international postal traffic between the RS and Canada.

Unfortunately, neither Canada nor the BiH authorities did anything to protect the State of BiH, its sovereignty, integrity and its legal international entity. Consequently the IMPC code was assigned without the authority of Bosnia and Herzegovina.

Under its rules, the International Bureau for registration of IMPC code is not allowed to assign this code the entity of Republika Srpska of BiH without the consent of the state of Bosnia and Herzegovina. We therefore call on the BiH Presidency and Council of Ministers to hold emergency session and use the constitutional authority to protect the State of Bosnia and Herzegovina initiating challenges to the decisions of the Universal Postal Union.

Furthermore, we demand of the highest political authorities of Bosnia and Herzegovina and the Office of the High Representative to answer the question: who did in the name of the BiH State abuse their authority and gave approval for the allocation of IMPCO code RS Post? These are the enemies of the state of BiH, and should be removed from all forms of governance.

In the 21st century, the sovereignty, territorial integrity and international legal status of the state and the nation are not only its physical territory but just as importantly the sophisticated, high-tech communications and IT domain.

Bosnia and Herzegovina, like all internationally recognized countries in the world, according to the rules of the Universal Postal Union, should have only one country postal code, or prefix, that must be used to register additional codes only after approval by the State of BiH.

CNAB and IRGC will initiate a separate challenge to the decision of the relevant international institutions governing these issues.