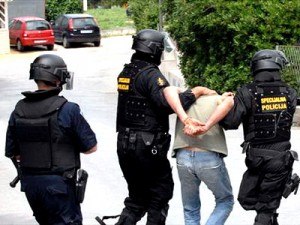 The Congress of North American Bosniaks (CNAB), an umbrella organization representing the interests of American and Canadian Bosniaks, is deeply concerned over the continued human and religious rights violations of the state of Serbia against its minority ethnic group, Bosniaks in the Sandzak region. The Serbian government continues to undermine the rights of the Bosniak minority by meddling in internal religious affairs, denying them their political, cultural and other rights in Serbia. Serbian government continues to illegally confiscate property owned by the Bosniak Islamic Community in Serbia and is using the fear and intimidation against local minority groups. This is evidenced by an increased presence of police forces in the area with Bosniak majority population and recent military exercise.

CNAB is concerned that continued encroachments by the Serbian government on human rights will increase tensions which have a potential to escalate and threaten the stability of the entire region. We call for immediate stop of all human rights violations and restoral to the independence of Bosniak religious and cultural institutions in accordance with the United Nations Declaration on the Rights of Persons Belonging to National or Ethnic, Religious and Linguistic Minorities.

According to the UN declaration, Republic of Serbia has an obligation under Article 1 to “protect the existence and the national or ethnic, cultural, religious and linguistic identity of minorities within their respective territories and shall encourage conditions for the promotion of that identity.” Furthermore, according to Article 2 of the UN declaration, Bosniaks of the Sandzak region have the right to “enjoy their own culture, to profess and practice their own religion, and to use their own language, in private and in public, freely and without interference or any form of discrimination…and the right to establish and maintain their own associations.”

The Republic of Serbia has failed to defend the constitutional and human right of Bosniaks to full equality and right to preserve their identity, including their rights to religious and political freedom. Instead of encouraging peace, dialogue, and economic prosperity for all people, Serbian government is purposely looking to cause division and keep the Bosniaks from achieving equal socioeconomic status.

CNAB demands that the rights of Bosniaks in Serbia are protected.