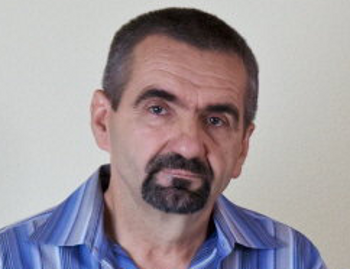 Congress of North American Bosniaks (CNAB) , the Canadian Institute for Research of Genocide and the Bosnian-American Genocide Institute and Education Center (BAGI) are disappointed with the extremely lenient decision by the U.S. court regarding the case of Milenko Krstic, a Bosnian Serb and the father of a former Miss Oregon who lied about his army service during the war in Bosnia when he applied for asylum in the United States. Krstic has been sentenced to only one year of probation, the most lenient federal sentence for a felony crime last week.

This case is an example of what we believe is a systemic problem regarding the effectiveness of existing law enforcement and judicial procedures for dealing with cases of potential war criminals and the ability of the U.S. Immigration authorities to adequately verify the background of Bosnian Serb immigrants and their role in the Bosnian war. We are also concerned about what appears to be lack of proactive cooperation between the U.S. government authorities (USCIS, FBI, etc.) and the International Criminal Tribunal for Former Yugoslavia (ICTY), as well as the Bosnian government authorities about the status of potential war crime suspects.

Mr. Krstic has long been a person of interest regarding his role as the Head of Technical Services in the Zvornik brigade, of the RS Serb army, that is collectively responsible for many atrocities and war crimes against non-Serbs in the Bosnian town of Zvornik during the aggression on Bosnia and Herzegovina. Given the seriousness of Mr. Krstic’s war record, the U.S. court should have taken this case more seriously and sentenced Mr. Krstic to the harshest possible penalty. Instead, he will likely only be deported but still be allowed to roam the world a free man. Likewise, the responsibility also falls on ICTY and the Bosnian government authorities for failing to act upon the information they had about Mr. Krstic and effectively investigate, gather and present evidence that could have made a difference in the U.S. courts. There is still an opportunity to properly question Mr. Krstic and fully investigate the crimes committed by the Zvornik brigade. We refuse to believe that such crimes can go unpunished without a significant amount of individual responsibility of the Zvornik brigade members.

Emir Ramic, President of the Institute for Genocide Research Canada