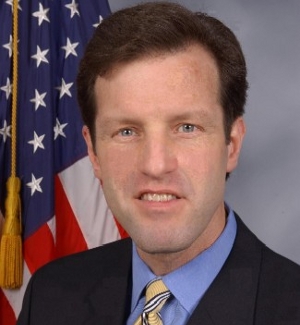 As members of the Bosniak American community, and on behalf of the Congress of North American Bosniaks, we are writing to you on the occasion of the International Human Rights Day, which was commemorated around the world earlier this month because of your record as a friend of Bosnia and to let you know that human rights are still being violated every day in Bosnia and Herzegovina (BiH).

The aggression on BiH, which followed the country’s declaration of independence in 1992 and the ensuing arms embargo by the international community, which severely handicapped Bosnia’s ability to defend its people, resulted in hundreds of thousands of civilians being displaced, killed, raped and wounded. The most enduring image of this gruesome aggression was the genocide of the Bosniaks in Srebrenica, confirmed by rulings of the International Criminal Tribunal for the former Yugoslavia and International Court of Justice, and which was recognized by the United States Congress in 2005.

In retrospect, the Dayton Peace Accords stopped the war in BiH. However,  the Dayton Accords allowed the perpetrators of the genocide the right to define the political future of the country. Today, the successors of nationalist and discriminatory ideology are again denying basic rights to the exiled and displaced citizens of BiH. The citizens of BiH today can only participate in democratic elections if they satisfy the ethnic background requirement. It should be pointed out that the government of the smaller entity (Republika Srpska) aims to usurp the laws of private property of displaced persons and displaced victims of genocide through public denial of genocide and by denying them the right to legal, moral and economic well being.

Bosnia is suffering today on many fronts and many of the successes of the post-war period have been reversed. For instance, the educational system is broken and breeds segregation and intolerance. In the town of Stolac, students are forced to enter through a different school door because of their ethnicity and school principals refuse to sign the diplomas for students of Bosniak nationality. Religious minorities are also being discriminated in parts of the country, particularly those of Islamic faith. Worshippers, religious officials and religious objects are almost daily exposed to pressures, with discriminatory graffiti slogans, desecrations of graves, among other assaults. The country’s judicial system is under constant political and ethnic pressure, illustrated by the recent controversy over the status of international judges who serve as one of the few remaining guarantors for judicial impartiality and independence.

On the other hand, the EU member states, which are currently leading the reforms in Bosnia, have not demonstrated thus far that they have the best interest of Bosnian citizens in mind. This was particularly true when they announced that BiH will not be placed on the White Schengen list, allowing for visa-free travel for Western Balkan countries to EU member states. We and many in Bosnia, see this as a discriminatory act against one group in particular, given the political reality in the region and the fact that most non-Bosniaks in Bosnia have Serbian and Croatian citizenship, countries on the White Schengen list.

Bosnians and Bosnian-American citizens consider the United States an important ally of BiH and hope for a more active participation of the United States in ensuring Bosnia’s accession into the EU and NATO. We believe that the international community is conscious of the missteps embodied in the Dayton agreement and that it recognizes the need for a new approach in resolving the current impasse toward a fully functioning Bosnian state and its participation in Euro-Atlantic integration.

We ask you to do all you can in order to ensure a more active involvement of the U.S. in resolving the current deadlock in BiH. It is in the interest of all citizens of BiH to live in a free and democratic society, and this can only be implemented through serious constitutional reform that will provide the central government with the sovereignty and authority in every corner of Bosnia to ensure equality and human rights that are enjoyed by the citizens of the United States and the EU. On May 12, 2009, the U.S. House of Representatives passed House Resolution 171 (H.Res. 171) on Bosnia and Herzegovina. H. Res. 171 calls for an immediate and urgent constitutional reform that will enable BiH to work towards the creation of an efficient and effective state, able to meet its domestic and international obligations, particularly regarding full accession into the EU and NATO. We call for full U.S. engagement in BiH.

We hope that you will strongly advocate the idea of an indivisible and democratic Bosnia and Herzegovina, in which all its citizens enjoy the same civil rights.

We will be honored to be your partners in achieving this goal.

Sincerely,
On behalf of the Congress of North American Bosniaks (CNAB)
Mr. Haris Alibašić, MPA
President of the CNAB Board of Directors