Skip to Content
Home English Srebrenica through the ICTY’s eyes 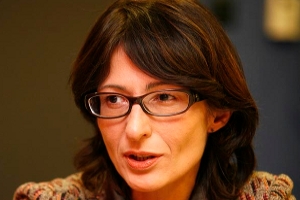 Since Karadzic was transferred to The Hague Tribunal in July 2008 to stand a trial for the genocide and war crimes, some knotty questions emerged. Two months after his transfer, the Prosecution’s Office issued a new indictment against the long time fugitive. The indictment of September 2008 says, in its paragraph 20, that “in the days immediately preceding the 11th of July, 1995, Radovan Karadzic and others formed a shared objective to eliminate the Bosnian Muslims in Srebrenica by killing the men and boys and forcibly removing the women, children and some of the elderly men.”

At first glance, it looks nothing unusual because, since 1995, Karadzic has been indicted for his participation in a conspiracy of a joint criminal enterprise to permanently remove the Bosnian Muslim and the Bosnian Croat communities from the territories of Bosnia and Herzegovina, which he claimed as a Bosnian Serb territory. However, more attention should be paid to the temporal scope of the criminal charges against him, which have varied through the years.

At the beginning, the ICTY’s investigators and prosecutors lacked evidence to precisely establish the countdown to the massacre. As far as in 2000, when the first amended indictment against Karadzic was issued, they could not determine when exactly Karadzic formed his intent to kill the men of Srebrenica. The prosecutors stuck to some undisputable facts that on March 8, 1995, Radovan Karadzic, as Supreme Commander, instructed the Bosnian Serb forces to create an unbearable situation of total insecurity with no hope of further survival of life for the inhabitants of Srebrenica (paragraph 25) and on July 12, the day after the fall of Srebrenica, at an early morning meeting at the Bratunac Brigade headquarters, Gen. Ratko Mladic announced his plan to separate the men fit for combat from the rest of the population and to kill the prisoners (paragraph 26).

Nevertheless, years after the massacre of more than 7,000 Bosniaks [[CNAB comment: it’s more than 8,000]], some doubts emerged about the degree to which those killings were premeditated in advance or were merely improvised as a last minute decision. The evidence gathered showed that most of those killed were unarmed prisoners, who were executed in groups with their hands tied behind their back or being blindfolded, what ruled out a possibility that the victims died in a combat with the Bosnian Serb forces, as the latter claimed. In 2001, the above described acts of a well organized and planned destruction of the Bosnian Muslim community in Srebrenica, led the ICTY to classify these mass killings as genocide. However, it still remained unclear whether said acts were premeditated well in advance before the seizure of Srebrenica or were spontaneous decisions made after the enclave was captured on July 11, 1995.

In the first “Srebrenica cases” brought before the ICTY against the members of the Bosnian Serb army, the Tribunal established that the decision to commit the genocide was made after the takeover of the enclave, on July 12 and not anytime earlier. However in 2003, some new evidence was introduced showing that the plan was actually pre-existing. A Prosecution’s witness, Miroslav Deronjic, a war time President of the Bratunac Crisis Staff (a municipality adjacent to Srebrenica), testified in several cases (including at the Milosevic trial) that on July 9th, i.e. a few days before the fall of Srebrenica, Karadzic ordered him to perpetrate said massacre. “Miroslav, kill all of them. Kill all you possibly can!” – Karadzic said to him in Pale, which at that time was the Bosnian Serb capital. Karadzic gave his orders just after meeting with Jovica Stanisic, the head of Milosevic’s state security, in which they discussed the issue of the “disarmament of terrorists” and the fate of the captured men after Mladic’s anticipated seizure of Srebrenica.

The new evidence had almost no impact on the ICTY’s resolution of the Srebrenica cases and all subsequent ones (Vidovoje Blagojevic and Dragan Jokic, Vujadin Popovic, Ljubisa Beara, Drago Nikolic, Ljubomir Borovcanin, Radivoje Miletaic, Milan Gvero and Vinko Pandurevic) continued to disregard the problem. The facts established in those trials tended to say that “on 11th and 12th of July, 1995, the Srebrenica enclave was taken over by the Bosnian Serb army and the police forces and the plan to remove the Muslim population from Srebrenica was implemented, along with the plan to murder all the able bodied men of Srebrenica.”

The final conclusions in the abovementioned cases were based on an expert testimony given by Richard Butler, a US military analyst who joined the Office of the prosecutor at the ICTY, in a report entitled “Srebrenica: Military Narrative, Operation Krivaja 95” . In this report and in his testimony, Butler insisted that there existed no earlier plan to exterminate Bosnian Muslim men of military age, regardless of their civilian or military status. The decision to exterminate, according to Butler, was made by Ratko Mladic the day after the fall of Srebrenica, in a meeting at the Bratunac Brigade headquarters early morning that day.

When in 2001, the International Court of Justice had to decide the genocide case brought by Bosnia against Serbia, the justices followed the ICTY’s findings and concluded that “the Bosnian Serb Army’s command, on 12th or 13th of July, changed its initial plans and formed the intent to destroy in part the Bosnian Muslim population” of Srebrenica.

Unfortunately, both tribunals omitted available evidence showing the pre-existence of a plan to murder all Muslim men capable of military service and the fact that the mass killings in Srebrenica followed a general pattern of crimes committed by the Bosnian Serb forces in other areas of the country. Since the beginning of the war, the Serb forces perpetrated major killings during and after the takeovers of territories, or did so subsequently in detention facilities. An assumption that the killings (in addition to the forcible transfer of the population) would not follow after the capture of Srebrenica would be unreasonable, without any factual grounds or plainly naïve under the circumstances.

However, the ICTY and the ICJ are not the only entities advocating that the Srebrenica massacre was an irregular precedent constituting an unexpected and unprecedented change in the Serb strategy resulting from Mladic’s ill-minded decision of July 12th at Bratunac. The theory that this genocide was a result of an unforeseeable last-minute decision was originally initiated years ago by some Western governments, which used this argument to explain to their constituencies that the Srebrenica genocide was something unforeseeable to them. Pauline Neville-Jones, the political director of the UK’s Foreign Office at that time, reiterated recently on the BBC: “We didn’t have the kind of information that would have led [us] to understand what their (Serb) next move was going to be. Perhaps, we should have known that one day they would have changed their game but we didn’t.”

Regardless of the official public statements coined after the Srebrenica massacre, there actually is no proof supporting Western governments’ argument about the unexpected change of course in the Bosnian Serbs’ military strategy. Although there is presently no evidence to precisely determine the timing of the origination of a plan to exterminate people of Srebrenica, the Serbs’ objective to permanently cleanse the Bosnian Muslim inhabitants from the Drina valley was no secret. When, in 1993, the Serb forces made their first attempt to capture Srebrenica, international diplomats warned of a possibility of ethnic slaughter coming in the aftermath, should the enclave be allowed to be overtaken. Senior UN officers in Bosnia repeated such warnings when the Serbs launched their final offensive upon the town in July 1995. So far, the ICTY’s investigators found evidence showing that the issue of anticipated Srebrenica war prisoners was discussed in Belgrade as early as in May of 1995, at a meeting between the Serbian and the Bosnian Serb leaderships.

The Karadzic’s trial may clarify “whether [Serbs] had a long range intention to do just that”, as Mrs. Pauline Neville-Jones put it. By modifying the indictment, the Prosecutor has already indicated a likely departure from the official political explanations of the acts precedent to the massacre. The Prosecution presently contends that the Srebrenica genocide was premeditated because “in the days immediately preceding July 11th, 1995, Radovan Karadzic and others formed the shared objective to eliminate the Bosnian Muslims in Srebrenica by killing the men and boys and forcibly removing the women, children and some of the elderly men.” It might not be the “long range intention” that could seriously embarrass the Western powers by showing that the ethnic cleansing was premeditated long enough in advance for them to gather and analyze available and pertinent data. But still, it could show that the egregious human rights violations were readily foreseeable as a consequence of the Serbs’ takeover of Srebrenica, which was done in an attempt to exterminate its population and for what knowledge was available in advance.

Unfortunately, because the Prosecution lacks access to some crucial evidence in the possession of the U.S. which prior, during and after the Srebrenica tragedy was intercepting the phone conversations between the Bosnian Serb and the Serbian leaderships, the public opinion might never find out when exactly the plan to exterminate the Bosnian Muslims in Srebrenica was created and by whom.

* Originally published by the European Courier on December 13, 2009.