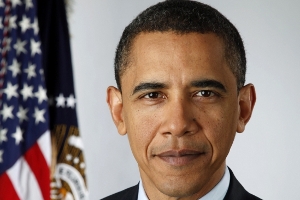 Michelle and I would like to send our best wishes to all those performing Hajj this year, and to Muslims in America and around the world who are celebrating Eid-ul-Adha. The rituals of Hajj and Eid-ul-Adha both serve as reminders of the shared Abrahamic roots of three of the world’s major religions.

During Hajj, the world’s largest and most diverse gathering, three million Muslims from all walks of life – including thousands of American Muslims – will stand in prayer on Mount Arafat. The following day, Muslims around the world will celebrate Eid-ul-Adha and distribute food to the less fortunate to commemorate Abraham’s willingness to sacrifice his son out of obedience to God.

This year, I am pleased that the Department of Health and Human Services has partnered with the Saudi Health Ministry to prevent and limit the spread of H1N1 during Hajj. Cooperating on combating H1N1 is one of the ways we are implementing my administration’s commitment to partnership in areas of mutual interest.

On behalf of the American people, we would like to extend our greetings during this Hajj season – Eid Mubarak.