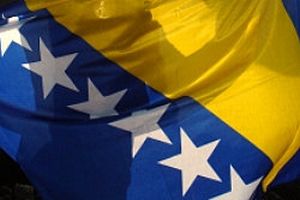 The Bosniak-American Advisory Council for Bosnia and Herzegovina (BAACBH) would like to recognize and celebrate Bosnian and Herzegovinian (BiH) Statehood Day on November 25, 2009.

On this day of BiH Statehood, BAACBH would like to honor the rich history and centuries-old multi-ethnic life of BiH and celebrate the country’s vibrant culture and institutions. The prosperity and democratic development of BiH is significant for the overall stability in the Balkan region and Europe. It is of vital importance that the international community and the U.S. engagement accentuates the necessity for the formation of a comprehensive constitutional reform that will enable BiH’s integration into the European Union and membership in NATO. Such constitutional reform should focus on strengthening civic representation rather than ethno-territorial spheres of influence.

To encourage the necessary changes and enhance democracy in BiH, BAACBH is advocating on behalf of Bosnian-Americans and educating the general public about Bosnian history, heritage, and tradition. It supports a constructive dialogue that will resolve the stagnant political situation in BiH.

The aggression, ethnic cleansing and genocide against BiH from 1992 to 1995 has been an attack on the country’s multi-ethnic life and history. Nonetheless, the people of BiH have devoted their efforts in preserving an indivisible BiH.