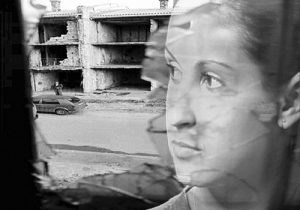 A new documentary about Bosniak family who moved to Missouri after surviving genocide in Europe will have a public screening this week in St. Louis. The film, “Neither Here Nor There,” will be shown at 7 p.m. Thursday at the library at Fontbonne University. The 1995 Srebrenica massacre is Europe’s worst act of genocide since World War II.

“The life I had, no one would be excited about,” says Nermina Selimovic, the family’s oldest daughter.

From 1992-95, Serb forces constantly attacked Bosniak villages and towns around Srebrenica. Although they signed the demiliratization agreemend in 1993, Serb forces refused to demilitarize around the enclave. They used the surrounding Serb-controlled villages  to launch heavy artillery attacks on the Bosniak refugees crammed in the Srebrenica ghetto. In July 1995, Serbs perpetrated genocide by brutally taking control of Srebrenica, expelling 30,000 Bosniaks from their homes, summarily executing at least 8,372 men and boys, dumping victims into mass graves and later moving victims’ remains into ‘secondary’ mass graves in an effort to conceal the crime.

The documentary recounts the story of the Selimovic family, who resettled in Columbia, Mo., after surviving the 1995 Srebrenica genocide in their home country. The film explores the challenges of starting over in a new place while coping with trauma from the past. A panel discussion with the filmmakers will follow. Both events are free.