Skip to Content
Home English Statement by Hon. Christopher H. Smith Re: Anniversary of the Fall of Zepa 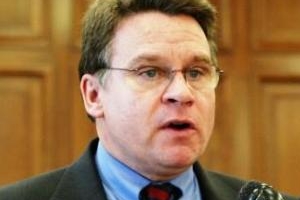 Mr. SMITH of New Jersey. Madam Speaker, on Saturday July 25 Bosnians commemorated the fourteenth anniversary of the tragic fall of Zepa. The town of Zepa was one of the six United Nations-declared safe havens in Bosnia during the war of aggression from 1992 to 1995. In May 1993, a United Nations Security Council resolution held out to this town in eastern Bosnia the promise of protection from the forces of Republika Srpska. In Zepa the local residents, people from the surrounding area, and refugees from other cities and towns gathered to be shielded from Serbian aggression.

But, Madam Speaker, the men, women, and children seeking refuge in Zepa were not shielded. The forces of Republika Srpska, who had laid siege to Zepa in the summer of 1992, were not impressed by UN safe havens, and neither the UN nor anyone else was committed to defending the safe havens. On July 25, 1995, the forces of Republika Srpska overpowered Zepa’s defenders and began to occupy the town.

In July Avdo Palic, colonel of the Bosnian government force defending Zepa, performed a hero’s work in evacuating as many civilians as he could, despite operating under constant shelling and the threat of starvation from the forces of Republika Srpska. Palic participated in negotiations which resulted in the safe evacuation of approximately 5,000 Bosnian civilians. On July 27 Palic traveled to the UN Protection Force Compound, in order to secure the evacuation of Zepa’s remaining inhabitants: he has not been seen since and his fate is still unknown.

Madam Speaker, looking back on the tragedy of Zepa, we remember the loss of countless innocent lives. Our government cannot give back to the survivors the precious lives of the family members and friends of
the people of Zepa, Srebrenica, Sarajevo, Bihac, Gorazde, and Tuzla, but it can support their pursuit of justice. Our government must do everything it can to discover the fate of Avdo

Palic and the other men and women who went missing in the genocide committed against the Bosnian people. To be sure, we must continue to look for Ratko Mladic and other criminals and genocideurs, but we must not forget their victims and their need for closure.