Skip to Content
Home English Statement by Hon. Andre Carson Re: Anniversary of the Fall of Zepa 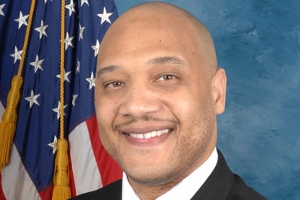 Mr. CARSON. Madam Speaker, tomorrow, the international community will remember a tragic day in the genocide that ravaged Bosnia and Herzegovina between 1992 and 1995. For over three years, the town of Zepa, Bosnia remained under siege by the Republika Srpska, despite being named a safe haven for

Bosnians by the United Nations Security Council. Over this period, innocent Zepa residents lived under constant threat, both of the near constant artillery fire and from the rampant starvation and disease that arose from squalid living conditions.

Thousands lost their lives and countless others were injured during the three year siege until finally, on July 25, 1995, the town fell to paramilitary forces and the remaining residents were killed or forcefully expelled from their homes.

On this heartbreaking anniversary, it is clear that atrocities and genocide should never be permitted to continue unfettered. In remembering the innocent victims of Zepa, I believe that the United States, together with the United Nations and our allies around the world, must reaffirm its commitment to ceaselessly pursue the perpetrators of these terrible war crimes. The international community must come together to not only remember the innocent victims of this massacre, but to also redouble its pursuit of lasting peace and security in some of the world’s most volatile regions.