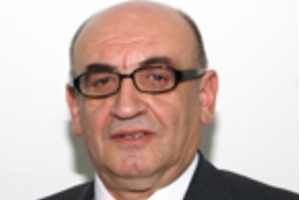 On Tuesday 21st April 2009, we are commemorating Yom Hashoah, the Holocaust Remembrance Day. This date, 27. Nisan according to the Hebrew calendar, marks the anniversary of the 1943 Warsaw ghetto uprising.

I take this opportunity to honor the heroes of the 1943 Warsaw uprising, and also to remember that we still have to fight fascist ideology, so that this ideology will be defeated once and for all.

Although the fascist states have been defeated, fascism as an ideology has not. I sincerely hope that the Parliament of Bosnia and Herzegovina will find the courage to adopt legislation against Holocaust and genocide denial. And in that way, it would be a contribution to the fight against fascism.