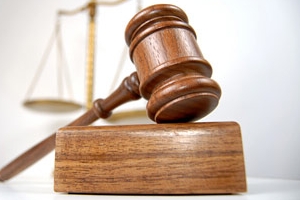 Nedjo Ikonic – a wanted Serbian war criminal and self-admitted participant in the Srebrenica Genocide – was sentenced to one year in prison for lying on U.S. immigration forms. During the war, Ikonic commanded a police unit near Srebrenica during the 1995 Srebrenica genocide.

According to the warrant, he and the second man, Dejan Radojkovic of Las Vegas, carried out attacks on civilians. After the war, Ikonic went into hiding to avoid arrest. Like many Serb war criminals, he found a safe haven in the United States.

Congress of North America Bosniaks (CNAB) demanded from honorable Judge Lynn Adelman to find Nedjo Ikonic guilty and to deport him to Bosnia-Herzegovina (see Letter to the Judge). The deportation procedure is under the jurisdiction of a federal agency, U.S. Immigration and Customs Enforcement (ICE). Now that a court has established that Ikonic obtained his immigration status by lying, his deportation is more or less automatic and will probably be determined by an ICE administrative procedure (i.e. it will not require a judge’s order).