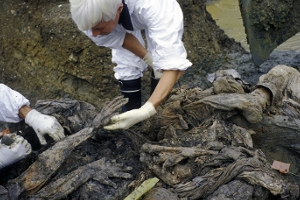 Technology has done wonders for recent activist and progressive movements. One of these tech information sources is Facebook. Facebook is a social utility open to the public for interaction with other Facebook users. With a Facebook account, you can post pictures, create groups, write notes and thoughts for your friends to see and even participate in online tech gifts. Facebook began as a way for Harvard students to connect with each other after graduation and then developed into a giant networking site.

In the last couple of years the news media in the United States has become less and less informative and so I have relied on the internet for news. Facebook has been an easy way to find out about what is going on in different parts of the world. Usually this news is passed through Notes. For example one of my friends would write a Note about a news issue and post the link to this news article. Then I would read it and re-post it myself. Finally one of my other friends then takes my post and re-posts the news. That way through my web of friends and their friends, this news makes an appearance on most people’s Facebook Walls or Notes.

Considering Facebook is now available in any country with internet people of all different backgrounds and ethnicities have joined. They have developed their own online news networks and groups. This of course poses a possible problem for the Facebook administrators, which is that Non-English content is not being moderated. This content moderation is left up to other members of those communities. When an offensive group appears on Facebook, users can report the group so that it can be reviewed by the Facebook administrators. Usually the group gets taken down if considered offensive. Through my own random searches I have found numerous racist and sexist Facebook groups which I have asked to be taken down. With the help of my friends, and this news network that we’ve developed these sites have been taken down.

I was informed not to long ago of a group called Noz Zica Srebrenica, which in translation means Knife Barbed Wire Srebrenica. While I was looking through the group site, my gut dropped when I read what these teenagers and young adults thought was appropriate to say about the genocide in Srebrenica. Under their Basic Info, the group stated “Oooo braco srbi jos jednu su zatvorili,zar im je ovoliko krivo zbog ove grupe,majku im muslimansku!!!”, which in translation means “Serbian brothers they have closed down another group site, are they that upset about it, about this group, Muslim motherf***ers”. Other descriptions of the group state “Ajmo Srbi kad zatvore otvorite novu grupu ,SRBIJA!!!“, which means, “C’mon Serbs, when they close one group, start a new one. Serbia!!!!”.

The comments and pictures on this group site are hideous. Their main claim is that Muslims are scum and should be exterminated. They claim they are doing Europe a favor and that it should have been done sooner. It is frightening to read some of these comments because not only is it hate speech but a call to action. Plenty of people have joined the group but not all of the people who have joined, support the group. In order to write a comment on the group site a user needs to be a member. Therefore plenty of arguments have broken out on the site. One particular argument that I remember is where a young man said something along these lines “Why would you want to spread hate like this? You people are crazy, there was nothing justifiable about what happened in Srebrenica.” The response from one of the group admins was “More should have been killed. Take a look at that picture can you pick out your mom or dad, maybe your sister?” The picture that the admin was talking about was picture of the slaughtered victims stacked on top of each other in a mass grave.

It is heartbreaking for me to see and read this. I come from a mixed home and I love both sides of my family equally. It has taken me years to separate what happened in Bosnia from who I am today and that is why I find it crucial to stop this type of hate and perhaps even future action from taking place. There are so many of us who were children or teenagers when the war happened and now we live our lives far away from the place from which we came. We’ve moved to a myriad of different countries and have managed to live our lives in peace. We’ve integrated ourselves into a brand new cultural and value system and we participate as successful members of society. We’ve fool proofed ourselves by means of excluding people from our lives who are not like us. We’ve become so flexible about our residence that we don’t even care to learn or remember our neighbor’s name. We’ve scraped up all the discontentment and failure we feel because of the war and have secluded ourselves into select groups. We’ve managed to put the very thing that tore us apart in the first place into our superficial moral hierarchy and now, sixteen years later we’ve hit a wall. This wall is brand new generation of primitive separatists who stubbornly cling to the principle that separation is what is ideal.

Ethnic separation is not by any means the solution. By enforcing this separatist attitude with our friends, family, children and grandchildren we are excluding many influential and important people from our lives. There are many families just like mine, not only mixed ethnically from the Balkans but mixed racially and culturally. These people have not disappeared from our communities but rather struggle to fit into some definition our post-war leaders have created. If we think that our culture will continue through our children and grandchildren we need to take good look at what it is that we are doing that is turning many young people away from our community. That very thing that the youth is turning away from is the separatist attitude, and they are developing their own cultures and ideals which incorporate their new nationalities. If we want to remain a culture and not some page in a history book, we need to revise our values and what we are saying to each other and our families. It is time for a change. I refuse to accept that this is the way it is always going to be and I know plenty of others who refuse to accept this status as well.

We can start one step at a time and the first step is to smash the ignorance and hate that has resulted from the war. We can take a couple of minutes out of our day to monitor content on these social networking sites and make sure that hate is not being spread. I am a strong supporter of free press and speech but hate speech is not free speech. Once your speech or actions infringe on the well being or safety of another human being it is no longer free speech. At this current moment this particular hate group is open to members only and it is impossible to see the comments and pictures that are up on the site. If Facebook does finally decide to take this group down again I do have a feeling that the site will come back up again. This does not mean we give up, it means we come back with stronger numbers to report the site. We write complaint emails to Facebook and we keep reporting this hate activity (www.facebook.com).

We remind Facebook that the following people are administrators, Marko Kotur, Mihailo Zravkovic, Nina Mirovic, Marko Grobar, Nebojsa Slijepcevic and Marko Ivanisevic, and that they should be warned against this type of conduct. We write letters to the very admin members of this hate group. This type of response is the modern day protest and we need to be more proactive in this way to save others from the atrocities which stain our past.

Third, we need to create transparent organizations, so that people have no fear of getting involved and volunteering. There should be no discrimination when it comes to participation in events whatsoever. These organizations should take responsibility of teaching not only our communities about the genocide in Bosnia but teaching others who do not identify themselves as a part of our community about genocide. There should also be a focus on spreading tolerance and understanding. These organizations also need a way to inform members of the community quickly when something unjust happens, so that the community together can act as a whole to rectify the problem.

Lastly and most importantly, we should make an effort to unify Bosnia as one country not a dissected piece of land. The world economy is changing and so are immigration patterns and populations. Bosnia is being flooded with immigrants from other countries, with different religions, ethnicities and cultures. We need to accept that our world has changed in this way and we need to work together with these new populations for a greater economy and a better standing in this world. Therefore in order for Bosnia to become a successful participant in the world economy it needs to be a United Bosnia.

Our world is changing and we have decided to lag behind in our policies, our ideas, and in our communities. I would like one day to be able to take my children to Bosnia to show them where I came from. I would like for my children to know the language and feel a connection and heritage to my heritage. This will not be a possibility if we keep spreading misinformation and hate and perpetuating ignorance amongst our community members. It is time we take the next step towards our cultural evolution and finally become not only the change we want to see in this world, but the crucial change we need to see in this world.