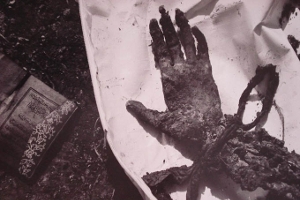 Approximately 19,000 people have joined a group on the Facebook social networking website demanding removal of a Serbian hate group that glorifies the 1995 Srebrenica genocide. Srebrenica genocide claimed lives of 8,000 to 10,000 Bosniaks Muslims, including ethnic cleansing of more than 20,000 civilians.

The Serbian hate group, which was created on Monday, is known as the “Noz, Zica Srebrenica” (Knife, Wire, Srebrenica) and is comprised of more than 900 extremists.

The name of the group refers to the detention and killing of 8,000 to 10,000 Bosniaks by Bosnian Serb forces in 1995, and promotes then Bosnian Serb political leader Radovan Karadzic and military commander Ratko Mladic as war heroes. Karadzic was arrested in July and Mladic remains a fugitive from the International Criminal Tribunal for the former Yugoslavia, which accuses both as being integral in planning and undertaking the massacre, considered the worst atrocity of the last half-century in Europe.

Bosniak anti-genocide denial group, known as “Close Noz, Zica, Srebrenica Group,” has asked Facebook for the immediately removal of the hate group arguing it promotes Srebrenica genocide denial and violence against all Muslims. Bosniaks, who are of Muslim faith, make up the largest ethnic group within Bosnia and Herzegovina, which also includes Bosnian Croats who are Roman Catholics and Bosnian Serbs who are Orthodox Christians.