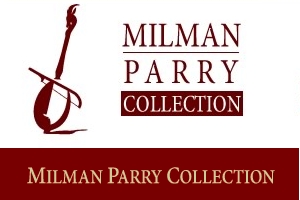 The international popularity of such performers as Mostar Sevdah Reunion has given Bosnian and Herzegovinian music a remarkable status among the audience of world music. The band has gained most of its popularity through records. But what do we know about those older recording stars of Bosnian music who were at the height of their careers before the Second World War?

At present, research on Bosnian and other Yugoslav discography is almost non-existent. Scholarly edited reissues of professionally audio-restored historical recordings have not been released, and if one tries to find biographies of such important musicians as Andolija, Sofka Nikolić or Bora Janjić in dictionaries of music, one will have little success – the entries do not exist. We can only hope that the situation will change in he future.

People tend to forget that Thomas Alva Edison invented the phonograph, which preserved sound in cylinder records, as early as in 1877, while Emil Berliner patented the disc-playing gramophone in 1887. The earliest demonstration of the talking machine in Bosnia took place in 1890: Mr Castle, an agent of the Edison Phonograph Company, exhibited Edison’s Phonograph in Sarajevo in July that year. After the first demonstration, various cylinder and disc machines were introduced as novelties by travelling central European and local entertainers in Bosnian towns.

Especially in the 19th century and for most of the 20th, research into national folk music was linked with nationalism, moralism and the idea of beauty. The educated classes saw the imagined folk song as an integral part of the idealised rural landscape. Researchers – Béla Bartók among them – often regarded professional folk musicians – commonly Roma – as corrupters of authentic folk art, rather than as genuinely integrated practitioners of local musical culture and creators of new and interesting hybrid styles. In the 1930s Miloje Milojević (1884-1946) considered urban Gypsy interpretations of Yugoslav folk music to be tasteless deformations devoid of sophisticated artistic or national feeling. This attitude among scholars was common also in Titoist Yugoslavia. Vlado Milošević (1901-1990), prominent in Bosnian folk-music research, belittled the Gypsy style of performing Bosnian urban folk songs.

Before the Second World War, scholars recorded music in Bosnia on only three occasions. Slavic researchers were not keen on using audio recording technology for field work in Bosnia. The only exception was the Slovene Slavicist Matija Murko, who recorded excerpts of epic songs in 1912 and 1913. Unfortunately the few extant matrices in the Phonogramm-Archiv of the Austrian Academy of Sciences in Vienna that survived the Second World War are in very bad condition. The next field recordings in Bosnia were by American linguists Milman Parry and Albert B. Lord, who conducted research there in 1934 and 1935; the Milman Parry Collection of Oral Literature at the Harvard University Library is accessible on-line (www.chs.harvard.edu/mpc/), and in the future one will be able to listen to the audio files.

The third and last pre-Second World War scholarly recording expedition to Bosnia was organised by the German Staatliches Institut für Deutsche Musikforschung. It was led by the Slavicist Gerhard Gesemann. The expedition collected folk songs in Sarajevo in 1937. The recordings are being restored at the Phonogramm-Archiv in the Museum of Ethnology, Berlin.

None of these scholarly field recordings contain examples of the contemporary professional styles of performance practice, which are to be found exclusively in commercial recordings.

In the early 1900s the major record companies were feverishly building up separate repertoires for the major nationalities and ethnic groups of the world, in order to conquer new markets. They manufactured sound carriers (cylinders or discs) as well as record-playing equipment (phonographs or gramophones), and had realised that without an impressive recorded repertoire of local music it was impossible to sell equipment in any given area.

Possibly the earliest recordings of Bosnian and Herzegovinian songs were made in Belgrade in August 1903 by the operetta singer Dušan Mitrović (born 1882), who sang ‘Sinoć mi dragi dolazi’ and by the Male Theatre Quartet which sang the well-known Mostar song ‘Telal viče’ for the recording technician William Sinkler Darby of the Gramophone Company. The first commercial recordings in Sarajevo by the same firm were made almost exactly one hundred years ago in late May 1907. The second and last Gramophone Company recording expedition visited Sarajevo in April 1908. After finishing its job each expedition sent the recorded wax masters to Hanover for processing. The outcome of the sessions – 242 sides –was released on the company’s low-price label Zonophone. Sample copies of the majority of these discs have survived in very good condition to the present day at the EMI Music Archive in Hayes, Middlesex.

The Bosnian catalogue of the Gramophone Company consisted of Bosnian and Herzegovinian urban and rural songs; Ottoman marches in Western style and Istanbul folk songs; Serbian, Croatian and Vojvodinian urban and rural folk songs; and songs from Vranje. As early recordings were made largely in order to persuade new customers to obtain a gramophone, it is safe to assume that the repertoire mostly consisted of pieces popular at that time among the native urban population. Most musicians recorded during the sessions were Roma from Bosnia-Herzegovina or northern Serbia. The violinists and singers Vaso Stanković Andolija (died 1934) and Stanoje Todorović from the Šabac region were real celebrities across the borders, whereas Bosnian Roma were popular only locally. There were also Sephardic musicians, and the now forgotten Bosniak singer Sirri Effendija Abdagić, who seems to have been celebrated in his time and who also recorded for Lyrophon.

The Bosnian-Herzegovinian type of urban singing, the sevdalinka, is one of the most important musical fruits of the Ottoman period in the provinces. Tellingly, until the first years of the 20th century, such songs were often called turčije (‘Turkish-style songs’). The lyrics of sevdalinke often tell about suppressed love—the Turkish word sevdalı means ‘madly in love, melancholic’. Other themes are well-known places in Bosnian towns, local historical events and famous young Muslims of prominent families.

Before the Second World War, the sevdalinka was far more international than is generally known today. The music was recorded and performed outside Bosnia in such places as Belgrade, Zagreb, Budapest, Zombor (Sombor), Újvidék (Novi Sad), Vienna, Prague, and even as far away as in Ottoman Salonica and the USA. Sevdalinke were interpreted in various styles by musicians of various ethnic backgrounds: older Bosnian folk styles, modernised Bosnian folk styles, Serbian and Vojvodinian Roma styles, and folkloristic styles with a strong impact of Western classical music. This plurality reflects the popularity of the genre among ethnically, culturally, geographically and socially different populations.

Traditional sevdalinka songs from Bosnia had their audiences in the towns of the Kingdom of Serbia, where such music was usually performed professionally at music cafés and restaurants. Furthermore, Serbian composers, who were educated in Western classical music, developed the distinctive sevdalinka-influenced style of the Belgrade school before the First World War. Celebrated composers like Stevan Mokranjac (1856-1914), Božidar Joksimović (1868-1955), Stanislav Binički (1872-1942) and others set love poems to sentimental music, which was colourful, melismatic in flowing rhythm and characterised by melancholic love. These musical characteristics of sevdalinka are evident in some of their works.

The low status of commercial recordings as compared to books is clearly visible in the state of public record collections. Nearly all systematised record collections in the world’s public libraries and institutions are quite new. This is a strange situation, since historical recordings are just as important cultural artefacts as books.

If there was a record collection at the Bosnian National and University Library in Sarajevo, it was completely destroyed along with the majority of book and manuscript collections during the three-day bombardment of the library building with incendiary grenades on 25-27 August 1992. At the moment the only institutional collection of pre-Second World War discs in Bosnia-Herzegovina is at the Institut Sevdaha of the Omer Pobrić Foundation in Mulići, close to Visoko.

Four ex-Yugoslavian libraries have put their record collections on the internet. The National and University Library in Zagreb (www.nsk.hr/muz/?language=cro), the National and University Library in Ljubljana (www.nuk.uni-lj.si/digitalizacija/posnetki/index.asp), the Library of Matica Srpska in Novi Sad (www.bms.ns.ac.yu/), and the Serbian National Library (www.digital.nbs.bg.ac.yu/muzikalije/78rpmsr/index-scc.html). The collection in Zagreb is historically of minor interest, since it contains exclusively LP records. The collection in Ljubljana is more interesting, since it contains over 30 Slovenian records mainly from Yugoslavia and the USA. The earliest disc is from 1918 and the latest from c. 1960. The Library of Matica Srpska has an impressive and historically important collection of Yugoslav LPs, music cassettes, CDs and 78 rpm records.

The 78 rpm record collection of the Serbian National Library consists of c. 470 discs, 76 of which have been digitised. Most of the recordings are from the electric era, i.e. they were made with the aid of the microphone, after 1925. The digitised recordings contain Serbian, Vojvodinian, Bosnian, Croatian and Macedonian folk and popular styles, as well as Western classical and popular music. They were made in Europe and the USA between the early 1900s and the late 1950s. Among these recordings there are several highly interesting interpretations of Bosnian songs, by for example Mijat Mijatović, Sofka Nikolić, Tihomir Čurčić and Bora Janjić.

The internet project of the Serbian National Library is especially ambitious, since it seeks to provide us with access to the basic data, photographs of record labels and respective audio files of the 152 digitised sides. However, the record librarians in Belgrade – as in Ljubljana and Novi Sad – carrying out the project are not familiar with identifying and processing such discographical data as catalogue and matrix numbers. In many cases, the dating of a recording would be possible but has not been done. The www-site of NBS is far from user friendly. There is no search option, the records are arranged in a random order, the pictures of the labels do not always correspond to the audio files, and they are in low resolution which blurs the vitally important codes. However, it is only fair to point out that very few online record catalogues give precise discographical data, and still fewer offer the possibility to listen to the recordings (take, for example, the catalogue of the National Sound Archive at the British Library).

The pre-First World War commercial Bosnian recordings were practically forgotten after the end of their market life, and it is only recently that their existence has come to light again both in Bosnia and elsewhere. Since commercial records were not considered worth collecting in public archives, early and even later commercial folk music recordings were simply lost.

As documents of a lost world, the pre-Second World War Bosnian recordings are extremely important for research in several ways. They shed light on the repertoire, styles and techniques of the mainly professional Balkan music performed in Bosnia before the era of Socialist folklorism. They constitute a basis for the initiation and development of a comparative study of the changes in Balkan non-religious music in Bosnia over the last hundred years. The recordings offer invaluable material for study in the fields of historiography and musicology. The material is also crucial for discographical research and for study of the record business in Bosnia. Finally they contain very good music, often extremely well interpreted. The records should be collected, and the recordings restored and reissued as high-quality CD editions for everyone to hear.

The author is a research fellow in the Department of Music Anthropology, University of Tampere, Finland