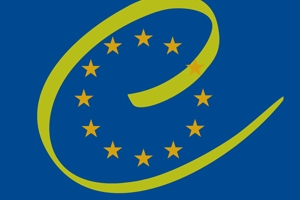 At its session in late September, the Parliamentary Assembly of the Council of Europe (PACE) passed a resolution (read here) urging B-H institutions to move forward with constitutional changes, revoke entity-level voting in the state parliament and strengthen state institutions so that B-H could make full progress on its EU bid. It also called for deletion of all discriminatory provisions from the country’s constitution.

Entity-based voting, requiring approval by the two separate administrative entities in B-H – Federation of B-H and Republika Srpska (RS) – of any parliamentary decision, became law in BiH with the Dayton Peace Accord, which ended the 1992-1995 conflict in the country. Some observers say this voting method is vulnerable to misuse by either entity for blocking parliamentary decisions it dislikes. The Dayton Accord remains the country’s constitution.

The resolution stemmed from a report by the PACE co-rapporteurs for B-H, Kimmo Sassi of Finland and Mevlut Cavusoglu of Turkey. Sassi and Cavusoglu attributed an ongoing impasse on B-H reform to the RS, alleging it has been impeding reforms and undermining state institutions.

This report and the resolution met fierce objections from the Bosnian Serb parliamentarians at the session – Milica Markovic and Mladen Ivanic. They demanded deletion of three parts of the resolution: the ones appealing for revocation of entity-based voting; condemning the RS National Assembly resolution calling for self-determination; and blaming the RS for undermining B-H state-level institutions. However, the PACE deputies rejected their demands.

Just days before adoption of the CoE resolution, Bosnian Muslim B-H presidency member Haris Silajdzic spoke at the PACE in Strasbourg, France, on this topic. He criticised entity-based voting, saying it constitutes a major obstruction to parliamentary decision-making and thus hinders the progress of B-H on its path to Europe.

Silajdzic also called for “large-scale reform of the Dayton constitution, the lack of which may endanger peace and stability in B-H and the region.”

RS Prime Minister Milorad Dodik said RS representatives would never accept elimination of entity-based voting, because “this would mean giving up on the institutional mechanisms underlying the Dayton Peace Accord and maintaining balance in B-H.”

Even if the CoE resolution is theoretically non-binding, B-H must comply with its provisions in order for the CoE to suspend monitoring of Bosnia-Herzegovina. The country became a CoE member in 2002 but still has not met all of the membership conditions imposed on it at the time.