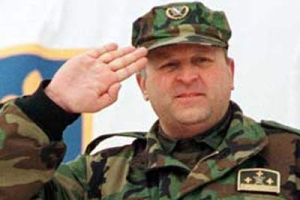 We commend Delic for submitting willingly to the UN War Crimes tribunal, despite the fact that criminals like Milosevic and Karadzic, responsible for ethnic cleansing, murder, rape, torture and displacement of more than a million Bosnians, refused to submit. As many as 20,000 Serbian war criminals are still at large for crimes against Bosnian civilians.

Mr. Delic was found guilty of one count of cruel treatment of Serbian military personnel Delic, a Bosnian general was in charge of defending his country’s civilians against military aggression by Serbia and Serbian paramilitaries, while Bosnia was under an under arms embargo and was unable to defend its civilian population.

We hope the decision of the Court will be overturned and the Bosnian Army ‘s reputation restored.