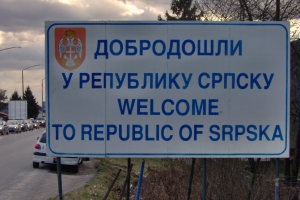 The Congress of North American Bosniaks (CNAB), an umbrella organization representing 350,000 Bosniaks living in The United States and Canada strongly condemns the recent attacks against Bosniaks and their religious building during the most sacred holiday for Bosniaks, Ramadan. There have been many attacks on refugee returnees, attacks and vandalizing of mosques in RS, and threats to imams. Freedom to worship is one of the most fundamental rights and must be protected.

Attacks on mosques in Kotor Varos, Bosanski Novi, Banja Luka and elsewhere and open and direct provocation against the Bosniaks trying to enjoy their religious holidays are direct insult to European humanitarian law standards and respect for all people’s religious beliefs. These attacks are unprovoked and go unpunished by the RS Police which was, consequently, created as a result of the bloody ethnic cleansing campaign against Bosniaks in 90’s war.

The international community failed to protect Bosnia during the war! Will it fail again to stand up for the Bosnia’s right to be a democratic, multi-ethnic state with one central government and to protect Bosniaks, in the heart of Europe?

Attacks on Bosniaks and mosques in RS must be stopped and those who commit such despicable crimes must be punished.