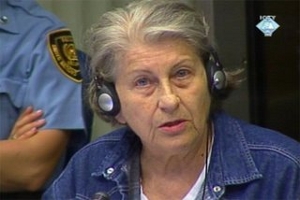 Congress of North America Bosniaks (CNAB), an umbrella organization representing 350,000 American and Canadian Bosniaks, is urging the Swedish government not to allow itself to be manipulated by an admitted war criminal, Ms. Biljana Plavsic, and not to allow her release from your jail. Biljana Plavsic, former president of the smaller entity Republika Srpska, in Bosnia and Herzegovina (BiH), is serving her 11 year sentence because of the war crimes committed in Bosnia and is currently in jail in accordance with the decision of the International War Crimes Tribunal from February 27, 2003.

Those acts against humanity do not deserve leniency and release from jail for good behavior or based on the age of the prisoner or conditions of the prisons. Even discussing leniency for such a notorious war criminal is doing irreparable damage to the victims of aggression in Bosnia. Additionally it does not further reconciliation, peace keeping, stability in Bosnia and the region or the World.

Just yesterday Australian government decided to extradite an 86-year-old man accused of killing a Jewish teenager in Hungary during World War II. He will face charges for killing one person.

Imagine releasing a person who is guilty of destroying 200,000 lives and irreparably damaging at least a million others. Ms. Plavsic deserves to stay in jail until she serves her time: even 11 years is lenient for her crimes. As you may remember, most Nazi Germany officials were sentenced and put to death following the Nuremberg trials.