The Congress of Bosniaks of North America expressed concern to officials in the United States (US) with regards to the arrival of Željka Cvijanović, the President of the Bosnia and Herzegovina’s (Bosnia) entity of Republika Srpska (RS), to the US this week.

While the United States firmly stands for an independent, sovereign Bosnia, allowing entry and access to US officials to a politician who is working against US foreign policy in South East Europe and Bosnia, is dangerous and quite perplexing.

Ms. Cvijanović is a well-documented, vocal supporter of Russian President Vladimir Putin’s regime. She represents the stances of Mr. Milorad Dodik in the United States, who continues to block sanctions against Russia at the Bosnian state level and has prevented Bosnia from joining the US and its European allies in enforcing them.

By allowing Ms. Cvijanović entry into the US, we are allowing President Putin’s political ally to meet with and exert influence over US officials. Mr. Dodik’s loyalty to President Putin is well known and was on full display during their last meeting on June 18, 2022, in Russia. 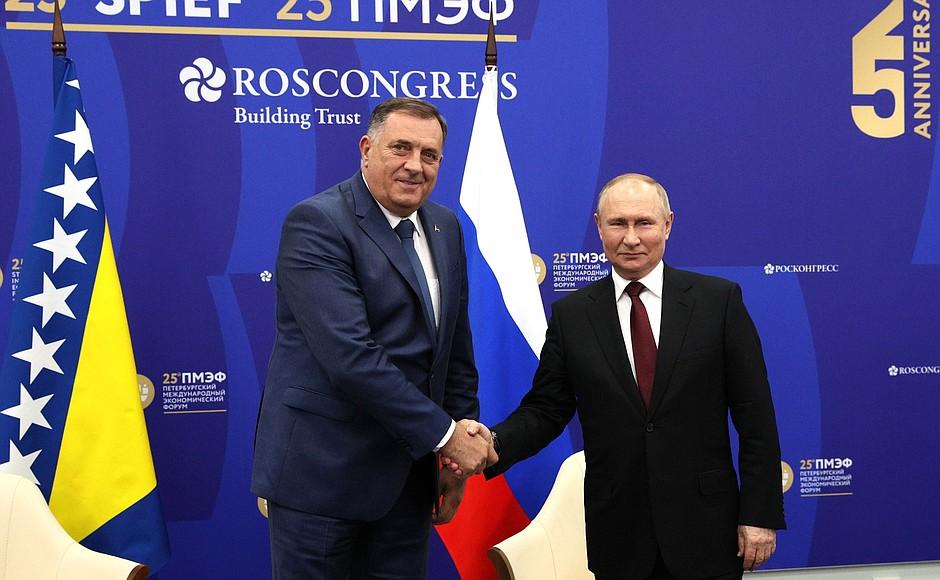 In April 2022, the UK government sanctioned Ms. Cvijanović (which includes a travel ban) for deliberately undermining democratic institutions in Bosnia.

“These two politicians are deliberately undermining the hard-won peace in Bosnia and Herzegovina. Encouraged by Putin, their reckless behavior threatens the stability and security across the Western Balkans. With these tough sanctions we are showing that the enemies of peace will be held to account.”

As further stated in the UK government press release, “Dodik and Cvijanovic’s actions and rhetoric threaten to undo 26 years of hard-won peace and stability, and undermine the General Framework Agreement for Peace (Dayton Peace Agreement), which brought hostilities to an end in 1995.”