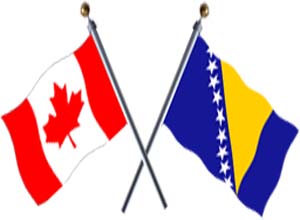 On behalf of 350,000 North American Bosniaks, of which more than 50,000 lives in Canada and who are mainly survivors, relatives of the victims and witnesses of genocide in Bosnia and Herzegovina, the biggest crime after the Holocaust in Europe, we ask you to withdraw the book “Face of Nation “, edition 2000, by group of authors: Angelo Bolotta, Jennifer Watt, Charles Hawks, Fred Jarman and Marc Keirstad, from your academic curriculum. The mentioned book presents, plainly put, lies about Bosnia and Herzegovina’s history. Among other things, the book says that during the First World War, Bosnia and Herzegovina was Serbian province where the majority of the populations were Serbs, and that many sought the return of Serbia. This does not correspond with historical truth, which is easily verifiable with credible scientific research institutions in Canada.

Children who attend your school, especially those of Bosnian origin, are humiliated with these untruths. Their parents who have survived the crimes of aggression and genocide find the lies about the history of Bosnia and Herzegovina simply intolerable. We would like to believe that selection of this particular book was an honest mistake on your behalf, and that it will be corrected immediately by replacing it with history books based on historical facts. For example, highly recommended historical books written by very well respected historians, such as: Noel Malcolm and Marko Attila Hoare.

Given that knowledge must be based on facts, not on lies, we ask you to withdraw the above mentioned book from the teaching process. Also, we will inform the authorities of the Province of Ontario, and the federal government of Canada.

Eldin Elezović, President of the Congress of North American Bosniaks

Emir Ramić, Chairman of the Institute for Research of Genocide, Canada