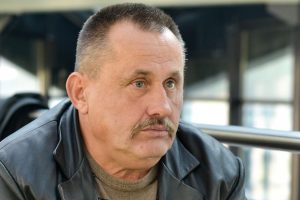 The Congress of North American Bosniaks (CNAB) is outraged by the decision of a local Bosnian Serb judge in eastern Bosnia to penalize a Bosniak returnee and a concentration camp survivor for identifying one of his attackers during the war, and calling him a war criminal.  This represents a direct violation of the Dayton Peace Accords, specifically the provision for protection of human and civil rights, and protection of all returnees.   Mr. Becirovic spent 35 months in a concentration camp in the small town of Vlasenica. During that time, together with many other Bosniaks (Bosnian Muslims), he was exposed to some of the most inhumane and horrific treatments. Not only did that torture come from the guards, members of the Bosnian Serb Army and other paramilitary groups, but convicted criminals of Serbian ethnicity were also allowed to participate in those horrific acts, as well. One of those convicted criminals (a convicted murderer in this case) was Dragisa Tešić, a former school friend who most viciously beat up Halil (and others).

Despite the extensive physical and emotional trauma that Halil has endured, he made a decision, in 2009, to return to his hometown. Six years after that, summer 2015, Halil came across Dragisa Tesic in a parking lot (where Dragisa worked as a parking attendant) while paying a parking fee with his cousin. Overwhelmed by immense pain and suffering, Halil couldn’t contain himself and asked Dragisa: “Why did you do those horrible things to me? How could you? You are a war criminal.” Dragisa’s response? “I will report you to the Police”. As a result, their case was heard in front of the town’s judge. According to Halil, Dragisa was able to bring a witness, someone who wasn’t directly present during their interaction. However, Halil’s direct witness-his cousin, despite Halil’s repeated asks, was not called to witness. Halil even further pleaded with the judge, asking her: “If you were a concentration camp survivor and you faced your torturer, would you be able to stay silent?” Halil says that the Judge’s only response was: “Those were different times, times of the war.” As a result of a conviction favoring a convicted murder and participant of torture of numerous Bosniaks during their time spent in a concentration camp, Halil had to pay a fine of 250KM (est. $170) for his “verbal offense”. Twenty years after the end of the war, this event further damaged Halil’s wellbeing as a genocide survivor.  In our direct conversation with Halil, he repeatedly reiterated that his biggest concern was his safety and that of his family.  He was deeply shaken by the fact that yet again he feels let down, abandoned and uncared for.

Today, we ask ourselves yet again: when will this mistreatment of non-Serb returnees stop? When will the authorities of the smaller Serb controlled entity enforce the systems of protection and rights of returnees, as so guaranteed and designated by the International Community and agreed upon by their representatives? Furthermore, why are the international community agencies, who are supposed to monitor and ensure compliance, not reacting to cases like Halil’s? The Congress of North American Bosniaks calls for immediate attention and action to correct this tremendous injustice done against a concentration camp survivor:

The safety and unbiased protection of all citizens of Bosnia and Herzegovina should be everyone’s number one priority, as it is the obligation and duty of all governmental and law enforcement agencies. Twenty years after, not only do we have clear evidence that the safety and security, and most basic human and civil rights of returnees in the smaller Serb controlled entity, are not protected but we again see attempts to equalize the aggressor and the victim. Once more, the aggressors are being rewarded and the victims further humiliated and suppressed. That is unacceptable and simply does not respect even the most basic human rights, granted by many national and international laws. If we are to ever move forward towards a just, open, and progressive democratic society, the safety and security of all of our citizens and residents is non-negotiable.