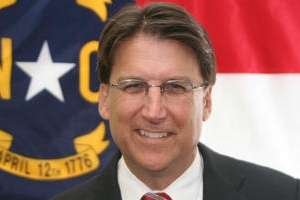 At the initiative of the Congress of North American Bosniaks, Governor Pat McCrory declared July 11, 2015, a Day in Honor of Bosnia and Herzegovina in memory of the victims of the Srebrenica genocide. Governor McCrory proclaimed:

WHEREAS, the State of North Carolina is home to more than 10,000 Bosniak Americans; and

WHEREAS, the Congress of North American Bosniaks (CNAB) is an umbrella organization representing Bosniaks in the United States and Canada; and

WHEREAS, July 11, 2014, is the 18th anniversary of the Srebrenica Massacre, in which at least 8,372 innocent Bosniak civilians were executed and 30,000 were expelled from their homes; and

WHEREAS, July 11, 2014, will be known as Srebrenica Remembrance Day; and

WHEREAS, in 2005, resolutions acknowledging the genocide and oppression perpetrated by Serbian forces in Srebrenica, and all of Bosnia from 1992-1995, were passed by the United States Senate and House of Representatives; and

WHEREAS, in an effort to raise awareness of this massacre and the suffering of the Bosnian people as a result of the policy for ethnic cleansing, the State of North Carolina honors and remembers those who died or were expelled and their families;

NOW, THEREFORE, I, PAT McCRORY, Governor of the State of North Carolina, do hereby proclaim July 11, 2014, as “BOSNIA AND HERZEGOVINA TRIBUTE DAY” in North Carolina, and commend its observance to all citizens.

IN WITNESS WHEREOF, I have hereunto set my hand and affixed the Great Seal of the State of North Carolina at the Capitol in Raleigh this eighth day of May in the year of our Lord two thousand and fourteen, and of the Independence of the United States of America the two hundred and thirty-eighth.

Also, the mayor of Charlotte, in the state of North Carolina, Daniel G. Clodfelter, paid tribute to the victims of genocide by issuing a proclamation about the genocide in Srebrenica on July 11, 2015 on the 20th anniversary of when more than 8,372 Bosnian Muslim civilians were brutally murdered by the Serbian aggressor forces led by war criminal General Ratko Mladic.

The President of CNAB, Hamdija Čustović thanked the Governor of North Carolina and the mayor of Charlotte: “Thank you for your continued support of the Bosniak community and with your recognition of the genocide, joining calls for a lasting peace and stability in BiH through truth and justice.”

On the 20th anniversary of the Srebrenica genocide, a commemoration will be held at UNC-Charlotte in cooperation with UNC Charlotte’s Center for Holocaust, Genocide & Human Rights Studies, Office of International Programs (OIP), and Department of History and three local Bosniak organizations, including CNAB, Islamic Community of Bosniaks of North Carolina, and the Bosnian-American Cultural Center.