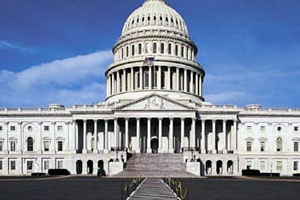 On June 12, 2015, the United States Helsinki Commission chairman, Chris Smith (R-NJ), who is also the co-chair of the Congressional Caucus on Bosnia and Herzegovina, introduced a new resolution (H. Res 310) in the United States House of Representatives commemorating the 20th anniversary of the Srebrenica Genocide. The proposed bi-partisan sponsored resolution recognizes, not only the facts about Genocide in Srebrenica, but affirms that the policies of aggression and ethnic cleansing by Serb forces in Bosnia and Herzegovina from 1992 – 1995 meet the terms defining the crime of genocide according to the Convention on the Prevention and Punishment of the Crime of Genocide.  Furthermore, the resolution condemns all acts of genocide denial, and encourages the United States to maintain and reaffirm its policy of supporting the independence and territorial integrity of Bosnia and Herzegovina.   The entire text of the resolution can be found here.

“The Congress of North American Bosniaks (CNAB) strongly supports the proposed resolution and is thankful to Congressman Smith, the U.S. Helsinki Committee, and the Advisory Council for Bosnia and Herzegovina (ACBH) for all of their efforts in ensuring this resolution is adopted”, stated Hamdija Custovic, CNAB President.  We hereby urge all CNAB members and Bosniak Americans in the United States, as well as all friends of Bosnia-Herzegovina to contact their representative and ask them to support the House Resolution 310.  It is important to remember and support the victims of genocide, and ensure the United States commitment to a democratic, independent Bosnia and Herzegovina and a better future for all of its citizens, regardless of their ethnic or religious background.  This commitment is also in the national interest of the United States to ensure long term peace and stability in southeast Europe.