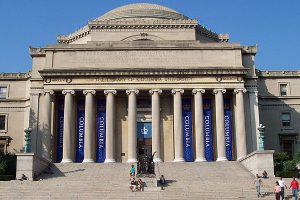 On Thursday, October 30, 2014 at 6:00 pm, the Harriman Institute and East Central European Center of the Columbia University in the City of New York will hold a panel discussion on the 2014 Bosnian elections. The panel will include the President of the Congress of North American Bosniaks, Mr. Hamdija Custovic. Please see below for details:

Please join the Harriman Institute and East Central European Center for a panel discussion on the 2014 Bosnian elections.