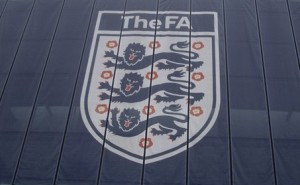 At the request of the Congress of North American Bosniaks (CNAB) and the Institute for Research of Genocide Canada (IGC), the English Football Association (The FA) has started an investigation into the actions of Manchester City football (soccer) players Aleksandar Kolarov and Matija Nastasic, during the team’s public celebrations of their second Premier League title in three years on May 11, 2014.

In the correspondence received by CNAB’s department for public relations, The FA’s communications representative indicated that they are “investigating the matter” and “have contacted both players to ask for their observations”.

The two players chose to celebrate the title by wearing customized white t-shirts featuring highly offensive Serbian ultranationalist slogan “Srbija do Tokija” (“Serbia to Tokyo”) that were used by Serbian military and paramilitary forces during their campaign of aggressions on Bosnia and Herzegovina and other neighboring countries in the 1990s under the dictatorship of Slobodan Milosevic.  We have heard from many Bosnian supporters of the Manchester City club who said they have been hurt and disappointed with the actions of these two players.

We welcome the news of this investigation and hope that the FA will fully and swiftly complete the investigation and take the actions necessary to sanction the players, and ensure that these kinds of offensive messages are never allowed in the game of football.