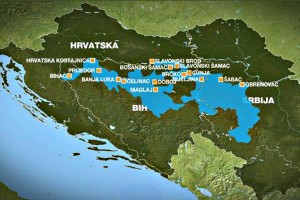 Bosnia and Herzegovina is still counting the victims of this devastating natural disaster. The situation in Bosnia and Herzegovina caused by the floods is still critical, although
water levels of rivers are slowly declining. The municipalities of Maglaj and Doboj are completely under water, and road communication to these cities has been cut off. The
situation is also critical in the municipalities of Doboj South, Šekovići, Zvornik, Bratunac, Srebrenica, Kotor Varos, Petrovo, Mrkonjić Grad, Sapna, Gračanica, Gradačac, Kakanj, Olovo, Breza, Visoko, Zenica, Kladanj, Tuzla, Banovići, and Lukavac.

According to first assessments and estimations, the damage caused by the flood is above one billon dollars. The Government of Bosnia and Herzegovina and its authorities are investing all their efforts in urgent, humanitarian assistance to save people and property, providing emergency shelters, supplying people with water, working on prevention of infections and epidemics, basic medical help for the most vulnerable and in reestablishing communications. After all of this is done, the long-term recovery will be focused on the reconstruction of destroyed public institutions such as hospitals, schools, and other infrastructure in all parts of the country affected by the floods. Tremendous losses have also been suffered by farmers and small businesses.