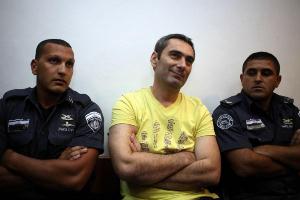 The Congress of North American Bosniaks (CNAB) welcomes yesterday’s news about the final extradition of Serbian war criminal Aleksandar Cvetkovic by the Israeli government at the request of the government of Bosnia and Herzegovina.

Aleksandar Cvetkovic is a Bosnian Serb who moved to Israel in 2006 and is accused of direct involvement in the cold-blooded execution of more than 1,000 Bosniak civilians in the Srebrenica genocide.

He is known for suggesting the use of machine guns to speed up the execution of Bosniak civilians.

After the fall of the UN “protected enclave” of Srebrenica, more than 8,000 unarmed Bosniaks were executed in just a few days, and were buried in mass graves across eastern Bosnia.

Srebrenica genocide is the worst crime in Europe since the Holocaust and has been documented by the International Court of Justice (ICJ) as an act of genocide.

We expect a quick verdict for this monstrous war criminal in Bosnia and Herzegovina after successfully escaping from justice for more than 17 years.

Justice is too slow considering that more than 8,000 Bosniak civilians were brutally killed in the Srebrenica area, while in the whole country of Bosnia and Herzegovina more than 100,000 innocent Bosnian citizens were killed, and more than 1.2 million were exiled from their homes.