Skip to Content
Home English John Kerry: Statement on the 18th anniversary of the Srebrenica genocide 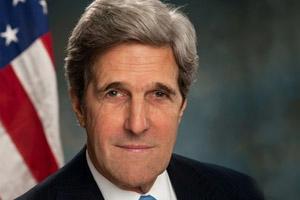 Below is the official statement by John Kerry, the U.S. Secretary of State on the 18th anniversary of the Srebrenica genocide

On behalf of President Obama and the American people, I join the people of Bosnia and Herzegovina today in honoring the memory of those lost in the horrific act of genocide in Srebrenica in July 1995, which stole the lives of over 8,000 innocent people.

As we know from history, truth and reconciliation are essential to moving beyond the past towards a better tomorrow.

We applaud those who continue to seek justice for the victims and work to ensure that all citizens have the right to return and to live peacefully in their pre-war homes.

We reject efforts to rewrite or manipulate history, deny the genocide, or negate Bosnia and Herzegovina’s multiethnic character.

We must always challenge falsehood, we must combat it, and we must counter it with truth, wisdom, and compassion.

The fragility of a just society means that we have an obligation to be eternally watchful against the forces arrayed against it.

Even as we seek justice for those who have been lost, we must also pay tribute to their memories by promoting a legacy of tolerance and mutual understanding for generations yet to come.

We call upon all citizens of Bosnia and Herzegovina to build bridges between communities and to work together towards full integration into the Euro-Atlantic community.