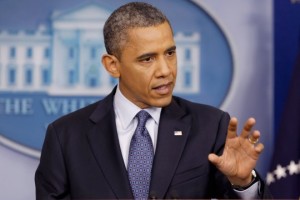 On July 11, we honor the memory of the over 8,000 innocent men and boys – brothers and husbands, fathers and sons – who were brutally murdered in Srebrenica 17 years ago in a brazen act of genocide that shocked the world.  The name Srebrenica will forever be associated with some of the darkest acts of the 20th century.

A measure of justice is finally being served for the victims in courts in The Hague and Bosnia and Herzegovina, as the perpetrators of this atrocity, including Ratko Mladic and Radovan Karadzic, are now being called to account for their actions.  We know that Srebrenica’s future, and that of Bosnia and Herzegovina, will not be held back by its painful recent history.  The United States rejects efforts to distort the scope of this atrocity, rationalize the motivations behind it, blame the victims, and deny the indisputable fact that it was genocide.  We all desire continued reconciliation and peaceful coexistence for the people of Bosnia and Herzegovina and the Balkans, because achieving that will be the ultimate repudiation of the evil that started the wars in Bosnia and Herzegovina and elsewhere in the region and that led to the Srebrenica genocide.

As more innocent victims of this tragedy are laid to rest on July 11, the United States stands with the people of Bosnia and Herzegovina and grieves again for the loss of so many loved ones.  Our hearts and deepest sympathies are with them, and we pledge our enduring commitment to support their aspirations for a better tomorrow.

Office of the Press Secretary