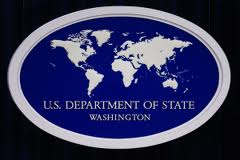 On behalf of the Congress of North American Bosniaks (CNAB) and the Advisory Council for Bosnia and Herzegovina (ACBH), we thank you for your continued strong commitment and engagement with Bosnia and Herzegovina (BiH), particularly with your efforts to promote BiH’s full integration into the Euro-Atlantic community. We are glad that you share our concerns regarding the current and future threats to Bosnia’s sovereignty and territorial integrity and we are encouraged that the State Department is pressing political leaders in BiH to end the current stalemate and agree upon the reforms necessary to move the country forward.

Unfortunately, we have seen very little progress on the ground in Bosnia with regard to the political process and the adoption of a common platform for reforms. Instead, we see the same old rhetoric from Milorad Dodik and the lack of accountability for his continued obstructionist policies and open rhetoric against the very existence of Bosnia and Herzegovina. While we understand the right and importance of free speech, we believe that the threats victims of genocide face coupled with the lack of response from the international community in regards to attacks on the integrity and sovereignty of Bosnia and Herzegovina is irresponsible, dangerous, and amounts to a policy of appeasement which leads to a perpetual crisis that endangers the stability of the region. We are also troubled by the recent developments surrounding the future leadership of the Srebrenica municipality, where the election of Serb mayor seems imminent. These developments illustrate what is wrong in Bosnia today and that the results of genocide and ethnic cleansing are allowed to be cemented through the electoral process that does not accommodate for the realities of aggression on Bosnia and Herzegovina and the genocide that occurred there. The war of aggression on Bosnia resulted in over 100,000 killed and over a million Bosniaks being displaced. We ask you to take action so that the families of genocide victims do not have to suffer through the agony of this injustice.

On a positive note, we are very pleased that the NATO Enhancement Act, S.2177, sponsored by Senator Lugar was introduced in the U.S. Senate and referred to the Committee on Foreign Relations. We also understand that the Committee on Foreign Relations has scheduled an initial hearing for May 10, 2012 where you will be testifying. We do hereby ask the U.S. Department of State to take this opportunity to promote an expedited NATO membership for Bosnia and Herzegovina which would provide an increased sense of stability and security, ensuring that the horrors of the Bosnian war shall never be repeated. This type of strong language would also have very positive political and economic effects, as NATO membership would mean that the Serb ultra-nationalists’ separatist agenda would be put to rest while increased confidence in future stability would lead to more direct foreign investments and a much needed boost to Bosnia’s economy. Lastly, it would give BiH a chance to become a provider of security not just within the Southeast Europe region but also the world.

CNAB and ACBH will continue to support and advocate for all policies that promote a stable democratic, multiethnic and prosperous Bosnia and Herzegovina. We appreciate your and the Administration’s hard work in helping Bosnia and Herzegovina take its rightful place in the Euro-Atlantic community.

Haris Alibasic, MPA
President of the CNAB Board of Directors
http://www.bosniak.org