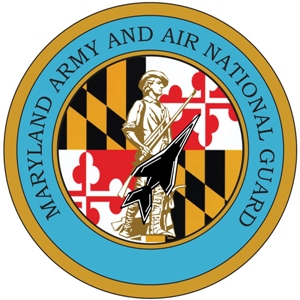 BALTIMORE (12/9/11) – The Maryland National Guard State Partnership Program has successfully implemented a liaison officer in their partnership with Bosnia-Herzegovina, and is the first state to do so. This is expected to enhance bilateral relationships between the state and the partner country.

“This is the first ever liaison officer assigned to a state,” said Army National Guard Maj. Matthew DiNenna, the SPP director for Maryland. “This is a benefit for the Guard.”

Lt. Col. Dzevad Buric is the Bosnia-Herzegovina liaison to the state of Maryland, as well as the assistant BiH Defense, Military, Naval and Air attaché to the United States.

Other state programs are beginning to see the benefit of the position.

DiNenna said other SPP directors have contacted him to obtain information on how they may be able to have liaisons for their programs as well.

Buric’s position is currently a three-year tour where he works as the advisor on BiH issues to Army Maj. Gen. James Adkins, the adjutant general of Maryland. His position as the liaison officer is also to build closer ties between Maryland public and private institutions with their counterparts in BiH such as areas in education, economic opportunities and health care. He coordinates policies and procedures between the Maryland National Guard and the BiH armed forces and the annual schedule of joint training events between the two services. Additionally, Buric provides knowledge and advice on BiH practices.

“There is no higher symbol for our partnership than to provide an officer position for Bosnia to sit on our staff,” Adkins said. “I can’t emphasize enough the importance of relationships we’ve built on a long-term basis. There is nothing more important than establishing relationships promising peace and democracy between the nations.”

DiNenna said that because of Buric’s background, he was the ideal candidate for the liaison position because he had previously worked with the Ministry of Defense coordinating with the joint staff and the International Corporation Department.

“He was the most qualified person to help push the program forward,” DiNenna said.

Buric is essential to the SPP because he is a subject matter expert on BiH, he added.  Buric knows contacts in his home country that can be used to answer any questions, he understands the rank structure of the BiH armed forces and government, and he is able to better prepare the Travel Contact Teams on what they need to know before traveling to BiH.

While the Maryland National Guard is seeing many advantages from Buric’s position as the liaison for the program, the BiH armed forces is also benefiting from the partnership between Maryland and the country.

“From our perspective, we see this partnership as a way to bring us closer to NATO standards,” Buric said. “The skill sets that your Soldiers have, they transfer to our Soldiers, and our Soldiers also transfer some of our skills for your Soldiers to learn.”

Depending on the mission, BiH armed forces may come to Maryland, or Marylanders will visit BiH to learn different skills from each other.

Recently, members of the Maryland National Guard traveled to BiH for a Senior Leader Visit, a Flight Safety Assessment and Accident Investigation training, and to assist with developing post-deployment reintegration programs.

Currently members of the BiH armed forces are scheduled to come to visit Maryland throughout the summer to attend various Maryland National Guard annual trainings to receive training on their respective functional areas.

The SPP was launched in Europe as part of the initial outreach by the United States to new democracies in Central and Eastern Europe and the former Soviet Union. The SPP brings together U.S. states and territories with partner nations through a range of military, civil-military and civil activities under the Maryland Military Department auspices.

The Maryland Military Department has another partnership with Estonia that has been in place since 1993.