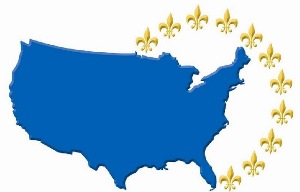 The Columbia Daily Spectator, the student newspaper, reported that a few dozen individuals came to protest Dodik’s speech, but were turned away after being told that their names were not on the list of pre-registered attendees. However, many of these individuals had in fact pre-registered for the event and had printed copies of the confirmations in hand. Individuals with what sounded like Bosnian Muslim names were taken off the list, while individuals with Serb or American sounding names were permitted to enter. When those present objected to being excluded to the event for which they had confirmed registrations, they were threatened with arrest by Columbia University security. This is clear discrimination by the Harriman Institute and Columbia University, and it poses potential legal consequences.

BAACBH has strongly opposed Columbia University’s willingness to host Mr. Dodik from the outset, and sent a protest letter together with partner organizations. Mr. Dodik denies that genocide took place in Srebrenica despite the fact that the U.S. Congress passed H.R. 199 defining the crime as genocide and both the International Court of Justice (ICJ) and the International Criminal Tribunal for the Former Yugoslavia (ICTY) have ruled that genocide occurred in Srebrenica. Since his rise to power Dodik has undermined the reconciliation and post war rebuilding process in BiH. He has constantly menaced BiH with the threat of secession by the RS, has openly questioned the validity of the BiH state court system, undermined the rule of law, and has actively opposed the prosecution of war crimes committed by the Serbs during the aggression on BiH in the early 1990’s.

Columbia University’s decision to provide a forum to a political figure so detrimental to the peace and reconciliation process in Bosnia is all the more concerning because of the University’s decision to exclude Bosnian Americans from the event. Such actions run counter to open dialogue and diversity of opinion that characterize institutions of higher learning. It is all the more painful to the Bosnian Americans who could not enter the event last evening because many of them fled their hometowns in the early 1990’s for fear of persecution of the Serb army precisely because of their names. BAACBH has tried to contact the Harriman Institute for comments without success and strongly advises the University to take the necessary steps to repair the damage caused by its actions.

BAACBH encourages all Bosnian Americans and all friends of Bosnia to ACT NOW and send a protest letter to:

John Coatsworth, Dean of School of International and Public Affairs at Columbia jhc2125@columbia.edu