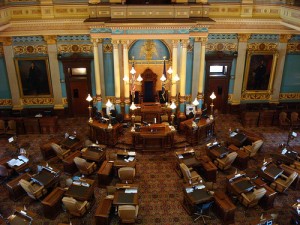 The State of Michigan Senators adopted the Senate Resolution SR 70 proclaiming July 11, 2011, as Srebrenica Remembrance Day and the week of July 11, 2011, as Bosnia and Herzegovina Tribute Week in the state of Michigan. State Senators unanimously voted to adopt the Resolution. In a letter to Senators, the Congress of North American Bosniaks (CNAB) thanked Michigan legislators for their support to Bosnia and Herzegovina and Bosniak Americans in Michigan. In writing on behalf of Bosniak families who live in Michigan and the Congress of North American Bosniaks (CNAB), an umbrella organization representing the interests of American and Canadian Bosniaks welcomed the news of the passing of the Senate Resolution SR 70.

Mr. Haris Alibašić, president of the Board of the CNAB and member of the Michigan Chapter of CNAB stated that “This is very important to Bosniak American community in Michigan and in other states to honor and remember victims of tragedy in Bosnia and Herzegovina and elsewhere in the world. We hope that recently arrested war criminal, general Ratko Mladić and his political leader Radovan Karadžić will be swiftly prosecuted and convicted so that justice will be served and truth preserved regarding the aggression on Bosnia and Herzegovina and the genocide against the Bosniak people.”

Copy of the Senate Resolution SR70